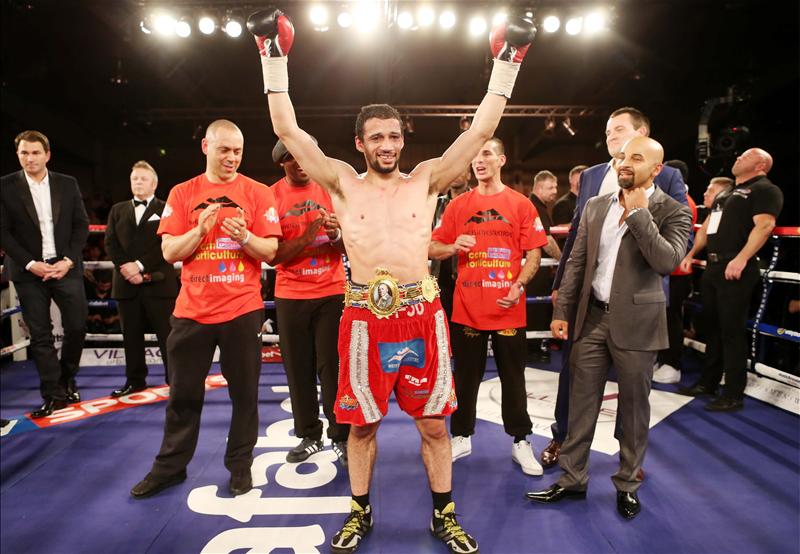 Former footballer Curtis Woodhouse reveals to Danny Flexen, in his own words, the training tips that have helped him develop rapidly as a boxer and become British champion

REST TO BE THE BEST

I train twice a day, five days week. I normally take Sundays and Thursdays off, and have almost complete rest – I run on a Thursday and sometimes do a circuit on that night. In the mornings, I alternate between running – long runs, sprints, interval work – and strength and conditioning sessions. The evenings are mostly just different versions of boxing work with my trainer, Ryan Rhodes. I find, especially over a 12-week camp, rest is just as important as training because without rest your body will be absolutely knackered and at 34 I’m no spring chicken.

I run Tuesday, Thursday and Saturday. I know I said Thursday is a day off but I class a day off as doing one long run and a circuit. My longest is just over seven miles and I do that once a week, mainly for fat burning. My other runs are on the track – 400 metres, 800 metres, interval work. I recently did a little at the English Insitute of Sport in Sheffield with the GB amateur boys. All these young lads flying around that track, it was a bit demoralising at first but then it becomes a boost. Early on in camp at the track we do 800m then a minute’s rest – we’ll start with six of those, then build up to eight, then 10, then 12, then 15. As the fight gets closer I’ll drop down to 400 metres, then 150 metres, 100 metres, and my last sprints will be 50 metres with 15 seconds’ rest. The shorter the sprint, the shorter the rest. We’re tryingto replicate a fight as best we can, so your heart-rate has to go up and down. All fitness is really is how quick you can recover.

I can’t run two days in a row now, I’ve had six operations on my left knee so it swells up. I have to manage that. Five of those surgeries were football-related and while the most recent one was boxing-related, it was at least partly down to the wear and tear from football. I was sparring Paul Royston and my knee just collapsed, I tore the cartilage for a third time. Even the circuit we do on a Thursday night (see box on p4), there are certain things I have to modify. I can jump rope but not from side to side, because my knee isn’t stable enough. I can do step-ups in a straight line but nothing left or right.

I do strength and conditioning Monday, Wednesday and Friday at FIT4IT Fitness; this camp is my second there. Once a week I do heavy weights and then twice a week I focus on strength and endurance, so we use lower weights but do sets of 20, or longer circuits. I’ve boxed loads of people where, in the first two-three rounds, you feel their shots on your gloves and think, ‘Oh s***’, but from the seventh round on, that power fades. You’re not going to be as powerful and fast at the end as the start, but you don’t want to have a massive comedown. The talk before I fought Darren Hamilton was of how fit and strong he was but in rounds 10-12 he didn’t have much left, and I landed the best shots of the whole fight in the last round.

SPAR FOR YOURSELF NOT YOUR EGO

When I first started camp, it was just getting my hands moving again. I was already in shape, but I didn’t want to be flying straight away, I want to peak at the right time. We’d do six rounds per session – whether that was bags or pads – and as the fight gets closer we up the rounds and work more on specific tactics. This camp, I’ve been working a lot with Ryan on the body belt, and enjoying smashing his ribs to pieces! We’ve been improving my inside game, stepping around a bit more, I feel I’ve really come on. Six weeks before the fight, I start sparring then I stop 10 days before. I’m not a great sparrer, it’s not my forte. As a pressure fighter, one solid shot can change how a round goes in a fight, but with the bigger gloves in sparring, you can’t really hurt them, so they keep throwing. I try to work on one thing we’ve been working on in training. Early on in my career, it was all about ‘winning’ spars but as my experience has grown, I’ve realised that the fight is all that matters. I can learn something no matter who I spar and that’s why I’ve progressed so quickly after a late start. I left my ego at the door and I’m willing to learn.

IF I’d trained as a footballer how I do as a boxer, I’d still be a player now and I’d have achieved more. Football, I’d train from 10.30-12.30, I’d be home by 1pm and my first stop would be the pub or the bookies. I lacked discipline. On paper, I had a great career, played in the Premiership, represented England at most levels up to Under-21, but it’d be like if Ricky Hatton only won a British title; he’d still have had a great career but deep down he’d know he underachieved.

WITH the circuit below, which we do once a week, the ‘rounds’ are a lot longer than boxing rounds, so while it’s hard physically, it’s mentally tough too. But there are seven-eight lads all pushing each other and the banter is flying. I’m the oldest by some distance but I want to beat them.