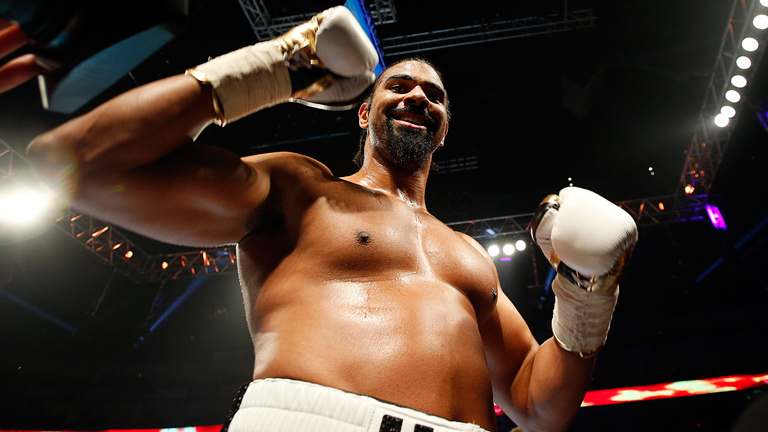 PROMOTER Eddie Hearn is hugely satisfied to have secured the David Haye vs Tony Bellew heavyweight fight, which will be broadcast on Sky Sports Box Office.

“There was a lot of competition, as you can imagine,” he said. “It’s a major coup, to get the fight but also to get Haye.

Speculating on whether it could do a record number of British pay-per-views, he said, “We’re seeing solid pay-per-view numbers at the moment without seeing seven, eight, nine [hundred thousand]. Does Joshua-Klitschko do that? Yeah I think it does. Does Haye-Bellew do that? Could do.”

A press conference will take place this week, although Hearn doesn’t expect it to get out of hand. “Deep down they’re quite sensible and they’re good pros. They’re not just moronic, just going to bite each other and stuff like that. But it’s going to be fun,” he said.

Another pair of fiery heavyweights, Dillian Whyte and Dereck Chisora, who box on the December 10 Anthony Joshua undercard, have been instructed by the British Boxing Board of Control to be kept apart, after they had an altercation in the Sky studios, ahead of their British title fight.

It’s something of acomplication for the promoter. “I have to back to them with some ideas about how to keep them apart. You have to do a face off,” Hearn noted.