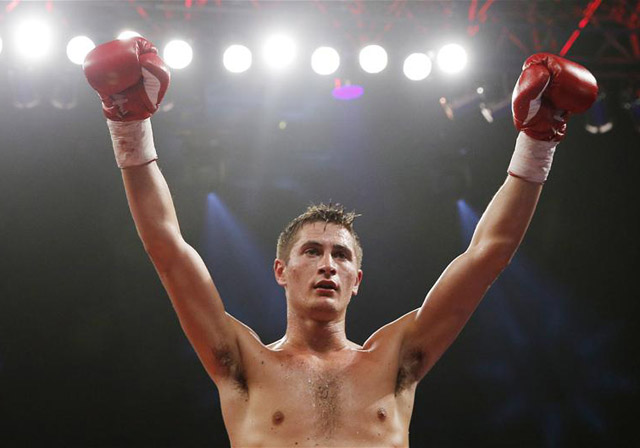 WITH Saturday’s vacant Commonwealth title fight between Leeds’ Bob Ajisafe and Daniel Wanyonyi falling through, after the Kenyan had visa problems, Hosea Burton was offered the chance to step in as a late replacement.

But Ajisafe, who will still appear on the April 11 bill in Leeds, took to Twitter to point out he didn’t want a change of opponent at such short notice for the title fight. That show has also seen Chris Jenkins forced to withdraw from his British light-welterweight title fight through illness.

Burton, who boxed in a four-rounder the previous weekend, could only lament missing a breakthrough opportunity. “I’d love to fight him for that,” Burton said. “Not many people really want to box me. I was a decent amateur and I am a decent pro.”

“He’s got nothing to lose, he’s a Commonwealth title to gain by fighting me… I’m so disappointed because this would have been one of those upset fights where people didn’t expect me to win because I haven’t done the distance before, I haven’t boxed big names before.

“There are people I don’t want to fight, Callum Johnson, a stablemate, Travis Dickinson, I’ve known him all my life, he’s been a friend all my life since being three or four years old I’ve known Travis. Other than that I’d love to fight anybody there, any light-heavyweight that wants to put a pair of gloves on with me, they’re more than welcome, I will accommodate anybody. I’m just disappointed he’s turned it down.

“I’ve done one eight rounder before, against a mediocre Frenchman… He should be rubbing his hands together thinking, ‘Yes, I’ve got Hosea Burton. He hasn’t done much, he hasn’t proved himself, he’s not this, he’s not that.’

“But I think this has opened doors for me now, seeing as I’ve took the fight and I’ve said yes to it. People in boxing should be saying, ‘He’s tried to save the show, he’s shown that he will fight, let’s get him a fight.’ I’m ready for titles now.”