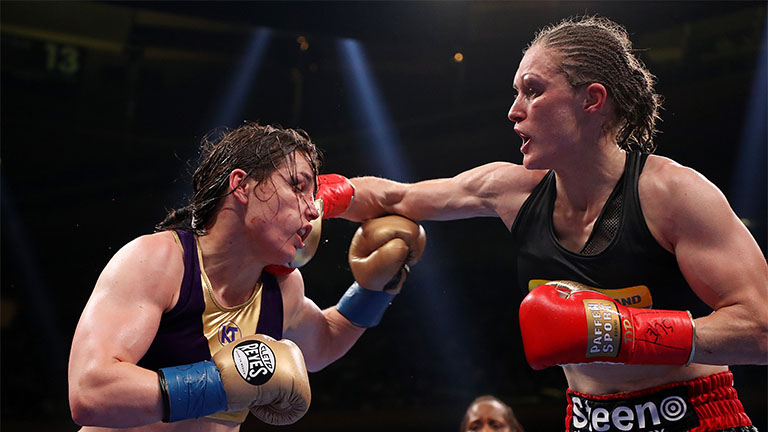 The European Olympic qualifier is going ahead. John Dennen reports from the draw

WHILE coronavirus ravages the international sporting landscape, the European Olympic qualification event is still going ahead and held the draw on Friday (March 13) at the Copper Box in London.

A statement from the Local Organising Committee said: “Our approach to the coronavirus situation is guided by the advice provided by Public Health England (PHE) and the latest information indicates that the competition is able to get underway this weekend. We are in regular contact with PHE and recognise that the situation may change, but as things stand we can confirm that the draw for the tournament will take place today and the tournament will get underway as planned on Saturday.

“The health and wellbeing of participants and spectators is of the utmost importance to us and all of the teams have been told to adopt regular handwashing. If any of their group begins to exhibit cold or flu symptoms they are advised to self-isolate, stay indoors, avoid contact with other people and contact the LOC’s Chief Medical Officer who will be able to advise on their symptoms and any further medical assistance.

“We have also introduced a series of additional measures including routine temperature testing as part of the daily medicals for competing boxers which will provide us with additional data on the boxers and enable us to track and identity any changes.

“For spectators we have increased the provision of hand sanitisers and urge anyone that has a ticket, or is intending to attend the Boxing Road to Tokyo Olympic qualifier, to follow the Government’s advice which is updated daily and is available at https://www.nhs.uk/conditions/coronavirus-covid-19/.”

The draw itself confirmed a couple of high profile professionals have joined their national teams to try to qualify for the Olympic Games. Ivana Habazin, who lost a world title fight with Claressa Shields earlier this year, has entered at welterweight for Croatia. Delfine Persoon, who pushed Katie Taylor hard in their undisputed title clash in New York last year, is on the Belgium team here in London.

The controversy isn’t so much that pro boxers are ‘too good,’ so to speak, for dedicated amateurs. There are outstanding boxers in those divisions anyway, especially at lightweight. It’s more that professional boxing does not have a uniform drug testing set up as there is in Olympic boxing. For instance such concern was raised after the Persoon fight that Katie Taylor’s team said they would insist on additional VADA drug testing in future.

The draw leaves many British boxers well placed for Olympic qualification. Their super-heavyweight Frazer Clarke will be in action on the first day, against Italian veteran Clemente Russo. Should he win that, good Croatian Marko Milun will be waiting for him.

“I can beat them. Everyone’s good fighters, I know that, but on my day I’m a problem for everyone in the world,” Clarke said. “The Croatian kid, Marko, he’s a new kid on the block.

“I’ve seen most of everyone, I know what I’m up against. I’m in a good position. I know everybody says this, I’ve had a great camp. I’m physically in a great place. Get the mentality right.”

Clarke sounds ready. He looks ready too. Frazer will box Clemente Russo at the end of the evening session on Saturday (March 14). GB lightweight Caroline Dubois will be first up for Britain tomorrow, against Belarus’ Ala Staradub, at high noon.