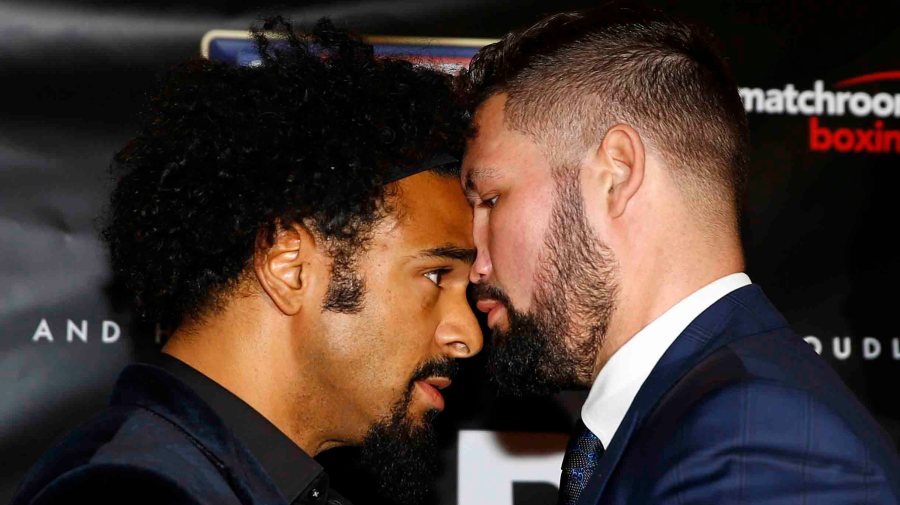 THE last few days ahead of David Haye’s clash with Tony Bellew lie ahead of us. The fight takes place on Saturday (March 4) at the O2 in London. But between then and now they have to negotiate two press conferences and a weigh in, likely to be combustible given the two fighters virtually came to blows at their first press conference. A repeat of that incident could derail the whole event.

“They’re both on suspended sentences [for the licences to box],” said promoter Eddie Hearn. “These two have been in big fights. They should know better. But Tony kind of feels like David’s got one up on him in that first press conference. So Tony says to me, ‘If he comes anywhere near me, I’m telling you I’m going to knock him out.’ I’m [saying] but the fight will be off. ‘I don’t care.’”

That such a thing is deemed necessary does not reflect well on the sport. Haye and Bellew’s approach can be contrasted with Anthony Joshua and Wladimir Klitschko, who have maintained respect and discipline while still marketing a pay-per-view event that will be one of the biggest, if not the biggest Britain has seen.

“[Haye-Bellew will be] nowhere near. I think it’s going to do obscene numbers but I think Joshua-Klitschko will break all pay-per-view records of all time in this country,” Hearn said.