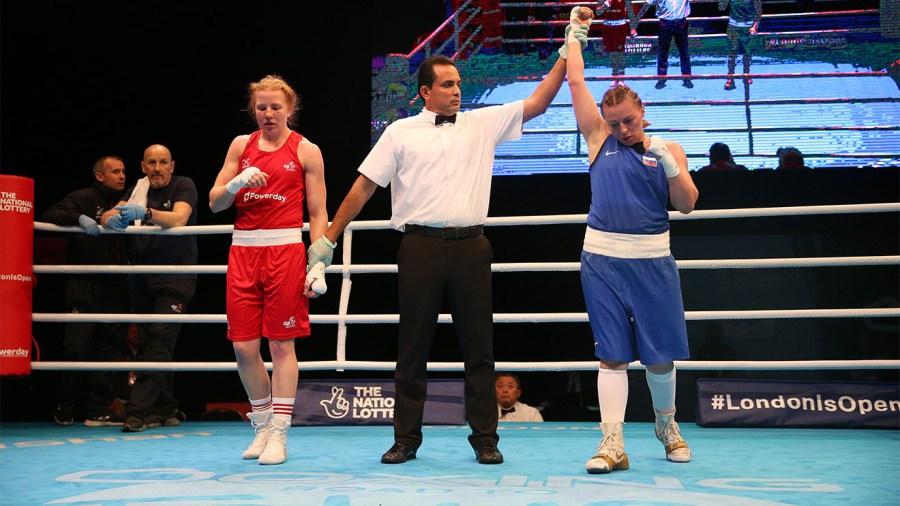 NO ONE wants to be drawn against the Russian in their first bout at a major tournament. That was Rosie Eccles’ misfortune on Sunday (March 15) at the European Olympic Qualification.

The Welsh welterweight however gave Saadat Dalgatova a hard bout at the Copper Box in London. She shot her jab out and threw a neat, straight one-two. It was busy work from the Russian though that swung the contest her way. She hooked at Eccles’ body and plunged hard rights down the middle, taking a split points verdict.

“I don’t know what to say to be honest with you, I’m absolutely heartbroken,” Eccles said afterwards. “I knew what to do to combat her style, but one way or another, according to the judges I didn’t do that.”

“It wasn’t a nice fight to be in, it was just messy,” she added. “I pride myself on getting my tactics right but maybe I was a little too eager against someone who wants to get in there and tie you up”

British super-heavyweight Frazer Clarke has proceeded in the competition by walkover. He had been due to box Clemente Russo on Saturday. But as he was having his hands wrapped Clarke discovered the veteran Italian had withdrawn due to an abdominal complaint. Frazer contented himself with a session in the gym instead as he advanced to the next stage.

Light-heavyweight Emmet Brennan got Ireland off to a victorious start on Sunday when he halted Bosnia’s Radenko Tomic inside two rounds.

Irish welterweight Christina Desmond landed some hefty southpaw lefts on Italy’s Angela Carini but she lost a unanimous decision in her first contest in the tournament.

Teenage Olympic hopeful Caroline Dubois began the tournament for Britain with a win. Read on HERE