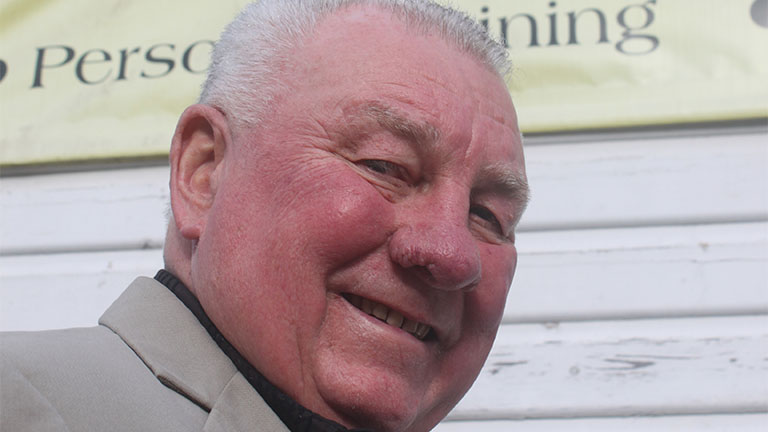 Harry Holland is one the British Ex-Boxers’ Hall of Fame inductees. Simon Euan on the latest news from the EBA movement

THERE was a huge welcome back for Croydon EBA Chairman Barry Penny at September’s monthly meeting. Barry, as most of you know, had had problems, involving stays in hospital and follow-up care in a nursing-home. He’s still having daily physiotherapy (“I’m not there yet – but I will make it!”) He thanked, again, everybody who had looked after him so well when he collapsed after the July meeting, those who took over his various duties at the August meeting – and everyone who had phoned or visited.

He mentioned Croydon’s Sunday Roast, at the Masonic Hall, Oakfield Road, on October 27.  We need a good turn-out, he said, and expressed the hope that members of other EBAs would come along. As I’ve said before, it’s vital that EBAs support one another by attending these events, and I hope there’s a good response. Last year’s inaugural event went off very well, and the £25 per head cost is excellent value. If you’re interested, call Barry on 020-8651-2742.

The same day (October 27) sees Ipswich EBA hold their own annual meal at the Ipswich Hotel, Copdock, at 12.30 p.m. I had the pleasure of attending last year’s, and it was very enjoyable – good food, good company, good atmosphere. I hope this year’s is every bit as successful – details can be got from Ipswich Secretary Erik Roper, e-mail address erikroper1@sky.com.

Back to Barry Penny – the previous weekend he, along with Croydon President Bill Caswell and Vice-President Dave McCarthy, attended the British Ex-Boxers’ Hall of Fame in Essex, and had a great time. Bill was especially pleased to be reunited with his old cornerman, Harry Holland, who was one of this year’s inductees, in the “Manager” category.

I recall Harry putting on great shows at London small-halls such as Battersea Town Hall. As a manager, he always had his fighters’ best interests at heart – something confirmed by two of them there, former Southern Area middleweight champions Gary Hobbs and W.O. Wilson. Incidentally, Bill Caswell couldn’t attend the Croydon meeting because he was unwell – hope you feel better soon, Bill.

As well as Croydon I saw members of Brighton, Essex, London, Hastings, Bournemouth, Leicester, Home Counties, Central (Midlands), Wales, Scotland and Leeds EBAs there. There may well have been others.

Croydon was represented in the awards by former three-weight world champion Duke McKenzie, in the “Modern Era” category. Paying tribute to his younger brother, ex-European and British super-welterweight titleholder Clinton McKenzie said Duke hadn’t found it easy when he first took up boxing – “but he kept on trying, never gave up.” Their cousin, Lee McKenzie (former Southern Area super-lightweight champion), is a “regular” at Croydon EBA meetings – and Duke and Clinton would be made most welcome, too. Meetings are held at 11 o’clock on the last Sunday of the month at The Orchard, Cherry Orchard Road, Croydon – though October’s will be held a week early (the 20th) because of the Sunday Roast on the 27th.

Another former world champion at the Hall of Fame was welter John H. Stracey – who was also celebrating his 69th birthday.

Leicester EBA certainly believe in supporting others. As mentioned, there was a contingent at the Hall of Fame – and the report in their Newsletter includes the comment: “Essex EBA are to be congratulated in the organisation and hard work in making the event an outstanding success.” Everyone who went will agree.

Leicester are also going to the second South Yorkshire Ex-Boxers Reunion on Sunday week (October 20) at the Corner Pocket, Mexborough S64 9QD, and I hope it’s well supported by other Associations.

The British Boxing Board of Control is very supportive of the EBA movement, and they now have a special page on their website. Google bbbofc.com and click on “Ex-Boxers Assoc” – and you’ll find a list of Associations, with contact details. So if you’re thinking of joining your local EBA, but don’t know whom to contact – that’s how to find out!