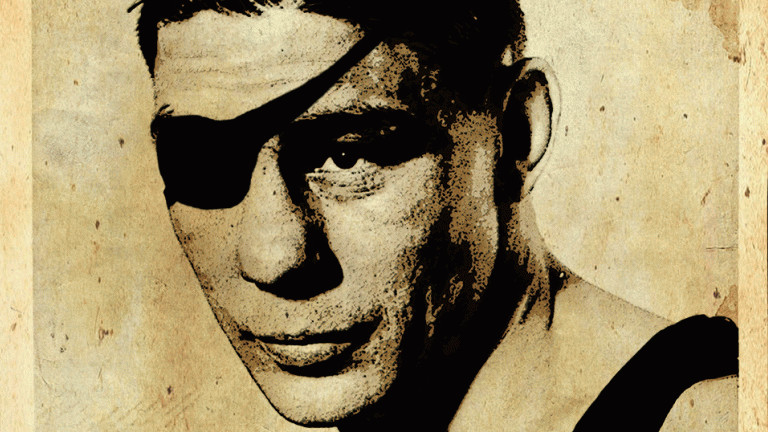 Jose Corpas talks to Harry Greb, an artist inspired by the legendary boxer of the same name

A FEW days after the summer of 2020 rolled in, a mural went up on a pale brick wall in Rome. Spotted near the city’s Olympic Village area, where the buildings are beige and white, the mural depicts Bob Marley, John Lennon, Jimi Hendrix, Aretha Franklin, Joe Strummer and Marvin Gaye standing side-by-side behind a Black Lives Matter banner. A few feet to the right, in another mural, George Floyd, wearing the Statue of Liberty’s spiked crown, his face the same patina hue, holds the Bill of Rights in one hand and a sign asking for justice in the other. Located on a block with a street sign too faded to make out the words − Via Stati Uniti D’America − they are the latest works from an Italian street artist who wishes to remain unknown.

“I prefer not to reveal my identity,” he insists. He could be in his thirties, or maybe his forties, it is not important he says. Instead of his real name, when he signs his murals, and his emails, he uses the name of that somewhat forgotten boxing legend from the 1920s. “Possibly the best fighter ever,” Harry Greb says about the original Harry Greb. “His story has fascinated me, and I wanted to pay homage by choosing his name, which not everyone knows.”

Along with Greb the fighter, the artist prefers talking about his work. Drawing inspiration from current events, Greb the artist, a former amateur boxer and clothing designer, works alone and uses irony and sometimes satire to get his messages across. He has featured Marilyn Monroe wearing an American flag face mask, Trump and Putin as Fred Flintstone and Barney Rubble, and a quarantined Juliet waiting on her balcony for Romeo. Earlier this year, after Pope Francis slapped the hand of a woman who forcibly yanked his arm, Greb depicted the Pope dressed in yellow sweatpants and wielding a sword as if he were “Black Mamba” from the movie Kill Bill. In another mural, Greb has Pope Francis creeping up on and ready to tangle with Bruce Lee.

Lately, Greb’s work has taken on a more sombre and serious tone. When the coronavirus reached Italy, Greb went back and painted surgical masks on each of the faces in his murals. Then a 46-year-old black man in Minneapolis walked into a convenience store with a fake 20-dollar bill.

“I drew the first piece on George Floyd in the evening as soon as I saw the shocking video,” he said from his home in the hilly Monte Sacro neighbourhood of Rome. “I thought of the Statue of Liberty because it’s a symbol. I wanted George Floyd to embody those principles. In his hand he holds the Bill of Rights − rights that are too often forgotten when it comes to black people.”

By sunrise, the mural was up.

A local news station got word and sent a camera crew. In the weeks that followed, small crowds, many snapping closeups of the brightly coloured mural, had gathered on that street named after the US. Regardless of what the subject is, somewhere amid the details of his murals, which have been shared thousands of times across social media, is the name Harry Greb.

The original Greb, a Tom Hardy look-a-like with the flattened features that come with 300 fights, was, at around 5ft 8ins and 160lbs, about the same weight as the Italian artist who adopted his name. In 1919 alone, Greb went undefeated in 45 fights. Despite that schedule, he found the time to swap his boxing trunks for his best suit and make his way down the aisle of the Epiphany Catholic Church for his nuptials. Greb, who defeated the best middleweights, light-heavyweights and heavyweights while losing his eyesight, did something too few of his contemporary champs were willing to do – he looked past the colour of one’s skin.

After Jack Johnson, the first black heavyweight champion, lost his title in a sweltering Havana ring back in 1915, boxing saw an unofficial colour line established in the US. Effectively, black fighters were not allowed to box for the championship in America. In 1926, Greb stepped over the line and defended his world middleweight title against Tiger Flowers. Shortly after, other champions did the same. Though Greb lost his middleweight crown that night, his gesture did not go unnoticed. The noted African-American weekly, the Pittsburgh Courier, wrote, “Our Mr. Greb has shown that he is a man among men.”

One hundred years later, another Greb is stepping over lines that long ago should have been erased. What impact, if any, his murals make remains to be seen. “I don’t know if they are making a difference. I hope they make people think.” People certainly are starting to notice. In May, one of his drawings was used on the cover of the magazine, Wanted in Rome. His most recent mural, with Hendrix, Marley, Lennon, Aretha, Strummer and Marvin, also received coverage in the Italian press. A note attached to that mural read – A month after the first mural calling for justice for George Floyd, Greb pays homage to the movement that is fighting for the fight against racism. Racism, Greb says, “affects everyone, not only the United States.”

While thousands throughout the world demonstrate against racism and police brutality, Greb is hoping to raise awareness with his murals in Rome. Like the original Harry Greb did decades ago, he is using his hands to make a difference.