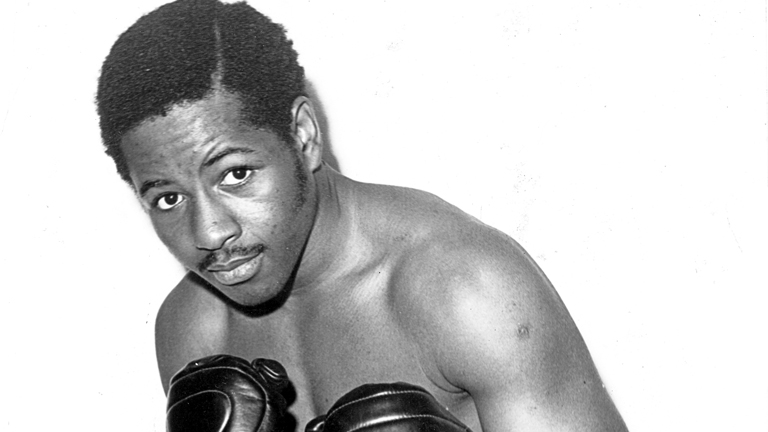 FIGHTERS from our youth are special to us. One of mine was welterweight contender of the 1970s Harold Weston Jnr. He was the consummate professional who was as much of a New York boxer as anyone who ever donned the gloves.

Weston started boxing at age nine. His father Harold Weston Snr introduced him to the sport and would remain a primary trainer throughout his son’s career. Weston was managed and also trained by Gil Clancy. “On the way up I would spar with Dick Tiger and many other great guys. My dad and Gil were very honest with me. They told me what a tough business boxing was and the sacrifices

I would have to make. We were family. That is why I enjoyed going to the gym so much,” says Weston.

Emile Griffith was the star of Clancy’s stable and developed an elder brother-style relationship with Weston. “Griffith taught me what boxing was about. He taught me what it took to be a 15-round fighter,” credits Weston.

Weston, at age 18, debuted in the pros in Scranton on July 16, 1970, outpointing Ralph Castner over six rounds. In the summer of 1971, Weston took on Edwin “Chu Chu” Malave at Madison Square Garden in a throwback neighbourhood rivalry encounter. Both were young prospects who wanted bragging rights in the Big Apple. Malave wanted an eight-rounder, Weston a 10. They settled by scheduling it for nine.

Weston got off to an early lead, but Malave rallied in the middle rounds, flooring Weston.

Going into the final round the contest was up for grabs. Thinking he was far ahead, Weston spent the final session in full retreat. It was the difference in the fight as “Chu Chu” garnered a split decision.

“It was stupid what I did,” Harold admits today. “It was my mistake to not fight hard until the end.”

The rematch in March 1972, also at MSG, saw Weston defeated again on a debatable 10-round decision. Malave came on strong in the middle rounds, dropping Weston, which changed the momentum of the contest.

Weston handed Antuofermo his first professional defeat at MSG’s Felt Forum in July 1973. It was an unlikely triumph for Weston. He had not boxed in 14 months due to military obligations. “I had gotten drafted,” he recalls. “I ran a boxing programme while I was in the military. My captain gave me a leave, telling me I had better not lose.

“Vito had a wicked style. He was so strong. In the second round I hit him with a right hand and the blood started trickling down his left eye. I worked on the cut and they stopped the fight in the fifth round.”

When Weston returned to the ring seven months later it was with mixed success, but to be fair to Harold, he was matched very tough. Weston would be outpointed, by Bruno Acari in Italy, but then upset Rocky Mattioli in Australia. And in New York, he would box draws against Hedgemon Lewis and Saul Mamby.

Lewis, like Weston, would twice challenge for a major portion of a world title, but come up short. Nevertheless, Weston rates him higher than the rest. “He was the best I ever fought,” states Weston. “He was so slick and had all the moves.”

Weston was matched with unbeaten WBA light-welterweight champion Wilfred Benitez at Madison Square Garden in a non-title 10-round bout in February 1977. Benitez had all the talent in the world, but tended to be lackadaisical at times. Weston, the workman, kept plugging away all fight, rallying late and pulling out a majority draw.

“It was close,” acknowledges Weston, “but I thought I won the fight. I had already boxed with Benitez in the gym so I knew his style.”

Weston was jubilant with the result at the time. A draw with such an outstanding champion as Benitez put the New Yorker on the fast track to a title shot which would come 13 months later against

WBA welterweight champion Pipino Cuevas at Los Angeles’ Olympic Auditorium. Many considered the Mexican the hardest puncher in the sport at the time he defended his crown against Weston.

“My strategy was carefully thought out,” Weston remembers. “To beat Cuevas you had to take him into a valley where fatigue sets in. I did not think he could go 15 rounds with me off of a very hard pace.”

Weston disregarded his superior boxing skills and carried the fight to Cuevas. The price he paid was heavy, getting badly rocked in the first and second rounds before making a fight of it. Weston enjoyed several good moments before Cuevas’ superior firepower ultimately prevailed.

As Weston sat on the stool at the end of the ninth round it was thought that his jaw was broken, necessitating the fight be stopped.

“I did not know that my jaw was not broken,” reveals Weston. “Had I known I would have continued and stopped Cuevas. At the end of the ninth round Cuevas’ mouthpiece was out and he was gasping for air.”

Weston secured the inevitable title fight rematch with Benitez in March 1979 in San Juan. It was for the WBC welterweight title that Benitez had won from Carlos Palomino.

“The temperature was brutally hot that afternoon,” explains Weston. “I came into the ring first and was immediately sent to a corner in the sun. Every time a round was over Clancy put a cold towel on my shoulder.”

The unanimous decision in Benitez’s favour looked fair, but Weston still feels he shaded it.

Two months later Weston was back in the ring, taking on rising star Thomas Hearns in Las Vegas, in a scheduled 12-rounder. Weston would be Hearns’ first big-name opponent.

Hearns attacked ferociously in the opening round. Weston’s right eye was damaged from the blows and it would later be confirmed that he had suffered a detached retina.

When Hearns was unable to finish the job he started to tire. Weston forced the action and would even win a couple of rounds, but had to be pulled out at the end of the sixth due to the eye injury.

“Hearns was dead on his feet at the end of the sixth round and could not have gone on much longer,” claims Weston. “My strategy was to tire him out. We were fighting at high altitude. The blood was flowing from my right eye and I couldn’t see outside it. When I told that to my dad he stopped the fight.”

The detached retina resulted in the Hearns contest being Weston’s last fight. About a year later he helped a friend promote a show on Long Island.

In the crowd was Clancy, who by then had transitioned into his role as the head of the Madison Square Garden Boxing Department.

A few months later Clancy summoned Weston to his office and offered him the job of assistant matchmaker while grooming him to take over as the head man.

“Gil taught me the business,” he noted. “The two people in life I never wanted to disappoint were Gil and my father.”

The Madison Square Garden gig lasted from 1980-1986, when there was a change in the leadership make-up there. “In the corporate world it’s not what you know, but who you know,” surmised Weston.

“It was not meant to be,” reasons Weston of never having won a world title. However, Harold will finally be getting
the symbolic belt he has always coveted when this April 26, he is inducted into the New York State Boxing Hall of Fame.

“It’s great to know I left a mark on the sport,” remarks Weston.

Thanks for the memories Harold.