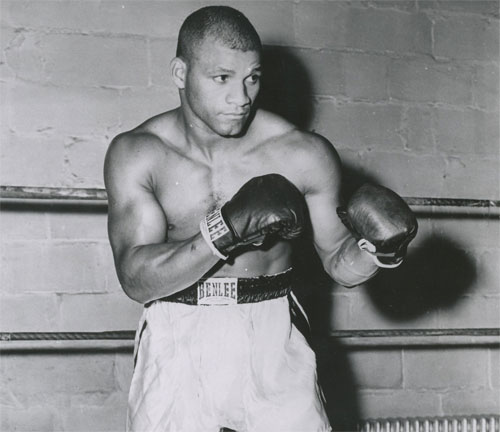 SOMETIMES it is just not meant to be. You can have all of the gifts in the world but if there are better people out there than you, it’s just not your time.

The sad part, for him, was that he came along at a time when Archie Moore and Ezzard Charles, arguably the finest two ever to compete in that division, ruled the roost.

And it’s not as if Johnson was a long way behind them. In fact, he beat Moore in one of their four encounters and defeated Charles, too.

He also scalped Nino Valdes, Jimmy Bivins, Eddie Machen and Doug Jones as he mixed up contests at heavyweight and light-heavyweight.

Johnson would claim he fought at heavyweight to make more money but, naturally smaller, he would have to put led in his shoes to go over the light-heavyweight limit.

Whatever, the well-muscled, slick and strong Johnson was a force to be reckoned with is considered the best technical fighter produced by the City of Brotherly Love, a fight capital known for gym wars and blood-and-guts warriors.

But it was his rivalry with Moore that defined his career. He lost a 10-round decision to the great puncher in 1949 in the first of their five tussles and they would fight three times in four months as 1951 closed and 1952 began. Harold won once and when they met again, for Moore’s light-heavyweight title in 1953, Harold – who lead on points and had dropped Archie in round 10 – was stopped in 14.

Harold had to wait seven years for another title shot and when the NBA withdrew their recognition of Archie, Johnson halted Jesse Bowdry in nine for the vacant title and gained universal recognition as the world’s best by defeating Doug Jones. Now 34, it was too late for him to capitalise on his talents and he made just one defence before losing to Willie Pastrano.