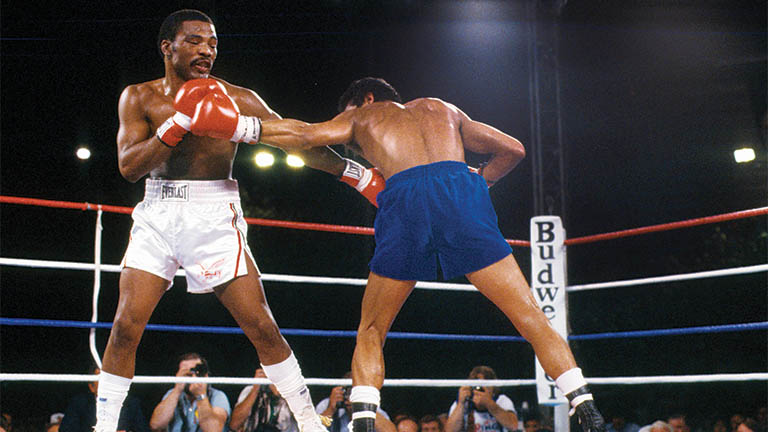 THE first indication I had that my name was on the International Boxing Hall of Fame ballot paper, in the Observers category, was when an email dropped in from Matt Christie. I had to read it twice before I really took it in and even now I find it an incredible honour to be on that list. It was appropriate that it should be the editor of Boxing News alerting me to this, as it was through BN that I took my first steps in boxing journalism 50 years ago.

My original dream was of becoming a professional footballer, but an ankle injury and a couple of operations killed that ambition when I was in my early twenties.  My focus then became the day job I had in the Oil & Gas business and my hobby was compiling records of overseas boxers. I had no thoughts of using that information other than for my own enjoyment. All of that changed with one phone call to Ron Olver, who was then the Assistant Editor at Boxing News. Ron, a lovely man, saw some potential in what I was doing and gradually sucked me in to working with Boxing News. Ron acted as my mentor and encouraged me to do the first world, European and Commonwealth ratings for Boxing News. That led to Graham Houston, then-editor, encouraging me to write my first feature and Harry Mullan – when he took over from Graham – agreeing to publish my weekly World Scene column which I did for more than 40 years.

With Boxing News as my springboard, I found myself invited to be part of the first WBC Rating Committee, a technical advisor to the EBU, Chairman of the Commonwealth Boxing Council and had John McCain’s research team consulting with me when working on the Muhammad Ali Act.

When Ray Clarke retired I was offered the post of Secretary to the British Boxing Board of Control but I declined. I loved my work in the Oil & Gas industry and didn’t want to give that up was my official reason, but I can assure anyone that I would have been a total disaster as Secretary. Furthermore, my wife would probably have killed me if I had taken the post.

As a Materials and Procurement Manager in the Oil & Gas I was in a position that could be very stressful at times and the value of my boxing work was that I could go home and immerse myself in totally different world. I could have Mickey Duff and Don King shouting at me over my work with the WBC Ratings instead of a Construction Manager screaming that he had forty welder starting tomorrow and where the **** were his materials. What idiot said a change is as good as a rest?

After my wife died in 2003, I continued with my parallel lives until retiring from the day job in 2010. Since then boxing has expanded to fill the gap and I am writing more now than I ever did.

I paid my first visit to the International Hall of Fame in 2004 and for a boxing fan such as myself it was case of dreams becoming realty. In that year, those inducted included Azumah Nelson, Carlos Palomino, Dwight Muhammad Qawi and Daniel Zaragoza as well as my dear friend Stan Christodoulou and promoter J Russell Peltz – who made the Blue Horizon a by-word for great matchmaking and who this year celebrates 50 years in boxing. Those being inducted are the main attraction but what made the whole experience special was having legendary names such as Alexis Arguello, Aaron Pryor [pictured], Marvin Hagler, Ruben Olivares, Angelo Dundee and so many at the grounds available and approachable. I felt I was walking amongst giants.

I find it hard to believe that, if I am elected, I will be standing on the same stage where so many of my idols have stood. Boxing writers don’t get world titles but being inducted in Canastota is our equivalent to an Olympic gold medal. If I do stand on the stage then I know my wife, my father, my mother and dear Ron Olver will be up there smiling proudly. Amazed no doubt, but smiling all the same.