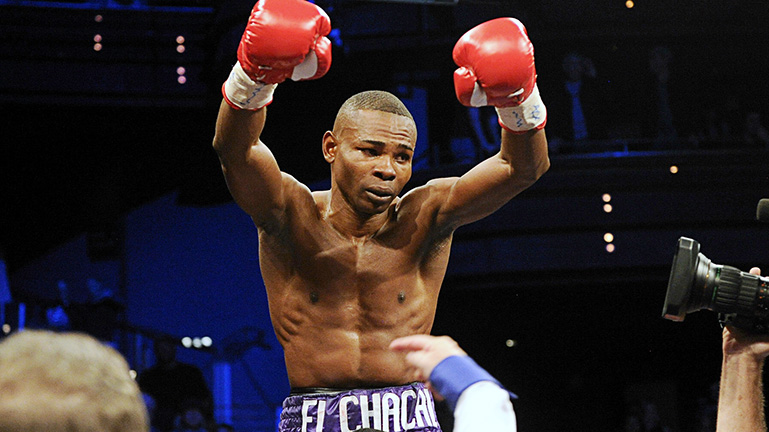 Guillermo Rigondeaux dares the winner of Frampton-Quigg to face him

IN a surprise announcement, it has been revealed that brilliant Cuban Guillermo Rigondeaux, the world’s best super-bantamweight, will be boxing in the UK, taking on British champion, James “Jazza” Dickens at the Echo Arena in Liverpool on March 12.

“I’m happy to announce my upcoming fight on March 12 in Liverpool against James Dickens. I really look forward fighting this young up and comer in Dickens. I hear he’s very good, but I’m going to have to disappoint his hometown fans and teach him a lesson in boxing. I hope the British audience appreciates my skills when I’m done with James.”

He added, “I’d like to thank Frank Warren for putting on the show and I also would like to thank Roc Nation and Caribe Promotions for putting this deal together. I’m looking forward to making my British debut at a time where there is great boxing in Europe, especially in my division. I’m excited to come out and give my best and deliver a world-class performance to the fans. [Carl] Frampton and [Scott] Quigg are both cowards for finding ways to avoid the best in their division. We wait in anticipation to see if the winner of a great fight between them would step up and step in the ring with me, so the whole world can see who the best 122 pound fighter is. Fans should come see the real super world champion in Liverpool, as I’ll be ready to put on a show and be in a position to happily knock out the winner, if either would even fathom the idea of stepping in the same ring with me.”

David Itskowitch , COO of RocNation Boxing, Rigondeaux’s co promoter said, “All of us at Roc Nation Sports are extremely excited about Guillermo having the opportunity to fight Jazza Dickens in the United Kingdom as there is intense interest in the super bantamweight division there right now. Despite fighting in hostile territory, we have every confidence that he will emerge victorious and remain one of boxing¹s best pound for pound fighters.”