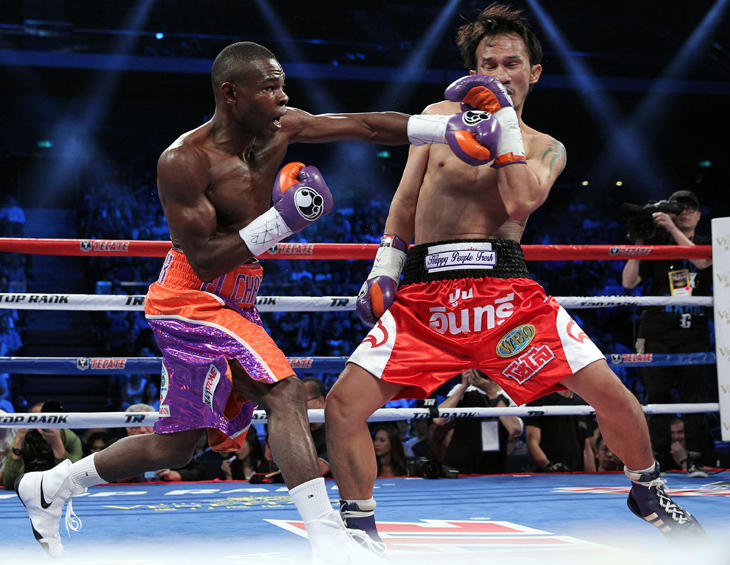 Sod Kokietgym not handed any favours, but his cause was always a lost one

IF ever a man needs a challenge it’s super-bantamweight supremo, Guillermo Rigondeaux.

The Cuban wizard halted an overmatched Sod Kokietgym in the opening round under controversial circumstances. The pair clashed heads, and the Thai fighter went down clutching his face.

Kokietgym appeared dazed when he was instructed to resume battle and was abruptly blasted out of action by a perfect right-left. He rose again but this time he was not allowed to continue. Although Kokietgym suffered from bad luck, it was clear he would never have beaten Rigondeaux, who is now a free agent after completing his final duty for Top Rank.

It’s hard to think of a more naturally gifted fighter than 33-year-old Guillermo. Sadly, it’s also tough to find any worthwhile opponent willing to challenge him, or any promoter to do his elegant smarts justice.

There were also wins in Macau for Zou Shimming – passing his first 10-round test against Luis De la Rosa – and perennial thrill rider Brian Viloria, who halted Jose Alfredo Zuniga in five.