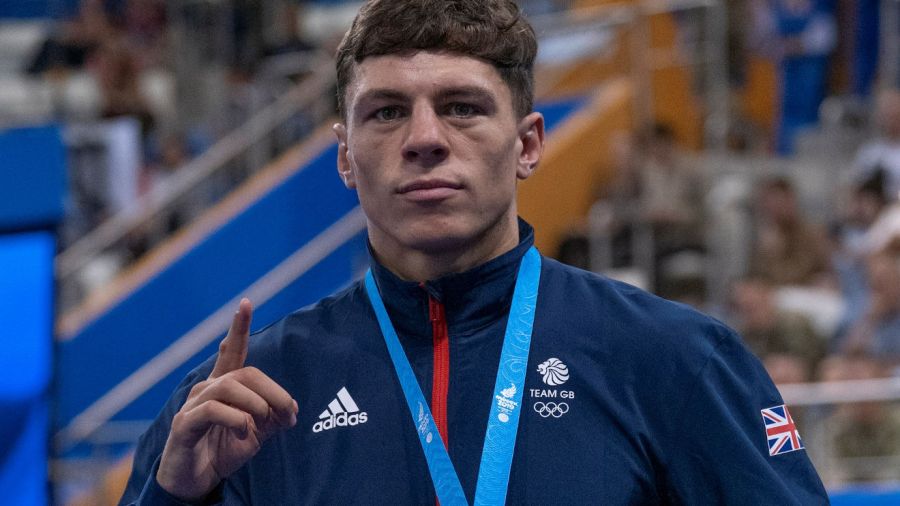 For when competition actually does resume, Great Britain’s boxers will be well placed writes John Dennen

BRITAIN can consider itself a global force in international boxing. Of course competitive amateur boxing has ground to a total halt since the Olympic qualification event was cancelled in March, but over the last two years GB boxers have amassed enough ranking points to figure prominently AIBA’s world ratings. These charts rely on ranking points from major tournaments, like the World and continental championships. This system can still result in some unusual ranking placements (by way of contrast you can see Boxing News Olympic rankings from earlier this year on our website). But these ratings are crucial for seedings in tournaments, and seedings in turn can be a key factor when it comes to winning medals. It certainly puts Great Britain in a good position.

England’s Pat McCormack and Wales’ Lauren Price are both world number ones in AIBA’s latest rankings. They’ve won medals at every major tournament they’ve entered in the last two years. Price in fact hasn’t lost a bout since November 2018 when she picked up a bronze medal in that year’s World championships. “I have won just about everything over the last couple of years and to now be ranked number one in the world is a great achievement. It is something I am very proud of. The only thing left is the Olympics so I am completely focused on Tokyo next year and aiming to complete my set of medals,” she said.

But striking as well is how many of the current GB squad feature prominently in these ratings. Peter McGrail at bantamweight and Ben Whittaker at 81kgs are both ranked third in the world in their division. Galal Yafai, Karriss Artingstall and Cheavon Clarke are number five at 52kgs, 57kgs and 91kgs respectively.

Luke McCormack is 13th in the new lightweight division and Frazer Clarke is 13th at super-heavyweight, though given how unfortunate he was to be denied a medal at the World championships last year, Clarke could have been even higher. At 48kgs, a non-Olympic weight, England’s Demie-Jade Resztan is ranked fourth. These are marks of the team’s success and promising signs for what’s to come.

“We’ve got a really talented squad at the moment, which is great going into the final year before Tokyo,” Matt Holt, GB Boxing’s chief executive, told Boxing News. “Some of the younger boxers have come through, developed a bit more, demonstrated their ability to win medals on the biggest stage, at European championships and World championships. So we’re in an encouraging place, that’s for sure.”

With the Tokyo Games themselves postponed by a year due to coronavirus, the programme’s plans could have been upended. “The beauty of working with people like Rob McCracken and the coaching team we’ve got is they just adapt, they get on with it and they know how to deal effectively when they’re put in adverse situations,” Holt explained. “There’s a culture of just working with what you’ve got and making the best of the situation in which we find ourselves.”

Despite the turmoil of not only the Olympic delay but all competitive amateur boxing being suspended amid the pandemic, GB Boxing look to have retained their athletes, with none of the Olympic team turning professional. “It shows the commitment of the boxers to GB Boxing, to the programme, to the amateur sport and that’s been terrific,” Matt said. “It’s something special about those boxers that they’re prepared to wait another 12 months to go to the Olympic Games.

“The athletes can always depend on Rob to give them the best possible advice and there’s a mutual respect there,” he continued. “The fact that we’ve managed to keep the whole squad together, it says volumes about Rob’s relationships with the boxers and the boxer’s relationship with Rob, that he’s managed those conversations in way that’s got everyone to a position where we’re agreed the best thing for those athletes is to perform at the highest stage in the sport, which is at the Olympics.”

During the uncertainty of these times, the GB programme also offers some security and steady funding. The gym in Sheffield has the resources, space and accommodation to have brought back their squad and maintain a regular training schedule under coronavirus restrictions. “Elite sport’s been in the fortunate position of being able to resume activity relatively early on in the process. Our partners at UK Sport and DCMS worked hard in order to create a set of regulations that would allow athletes that make a living from the sport, so that obviously includes all prospective Olympic athletes on a world class programme, to resume training,” Holt said. “There’s been lots of challenges for community sport and in particular boxing in fact, which has meant it’s been really difficult for some clubs and some boxers to start operating again.”

GB have even been able to send their men’s and women’s teams away on training camps in Turkey this month. “Beyond the performance element of what we do, there are other significant elements of us getting training up and running again, in terms of bringing some normality back to the boxers, making sure that we’re looking after the mental health of the people that we work with and the competing athletes as well,” Matt said. “We have a performance objective, we’re in receipt of public funding, of lottery money and we want to do our best to achieve the objectives that we’ve been set out. Of course that comes secondary to people’s health and we do everything we can to make sure that people don’t become sick. So we’re aware of that significant responsibility. [I think] getting back to some kind of normality for some of the boxers and some of the staff was really important. To make sure that they got that sense of community again, that ability to interact with people again. That ability to get training and bring some normality back to their lives. I think that’s been an important thing.”

With training camps for Olympic squads now possible, the hope is that some form of international competition can take place this year and that the Olympic qualifier can be picked up where it left off in 2021.