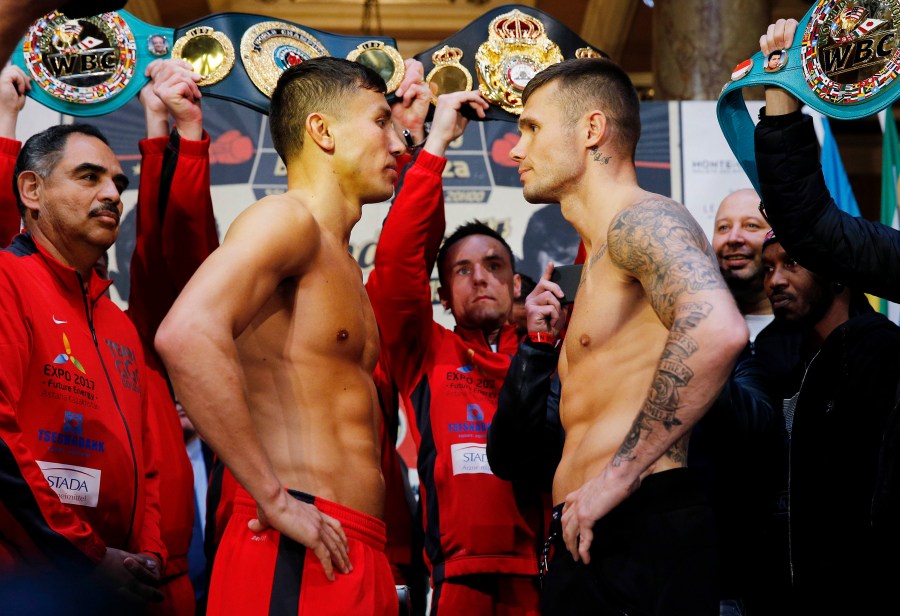 In an exclusive interview with Declan Warrington in this week's issue, GGG Gennady Golovkin talks Khan, Canelo, Saunders and Mayweather

Declan Warrington spoke to GGG Gennady Golovkin when the latter visited London and presents his lengthy interview in this week’s issue of Boxing News magazine. This is out now on our app and the print version is in stores on Thursday (February 11). Here is an excerpt.