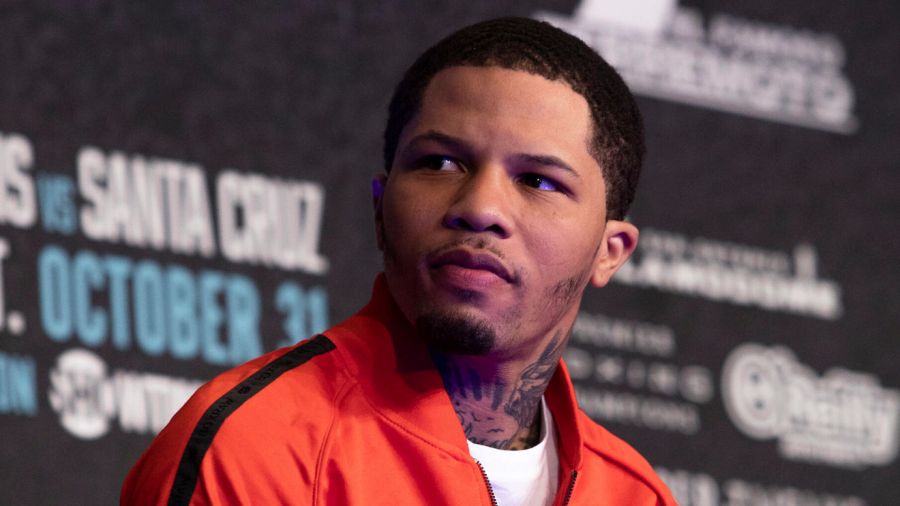 Gervonta Davis-Leo Santa Cruz is a top fight in its own right but all the belts on the line only muddy the waters, writes Matt Bozeat

SATURDAY night’s clash between Gervonta Davis and Leo Santa Cruz is among the best matchups of the year, though the title situation is ridiculous.

Curiously, the fight is set for super-featherweight (130lbs) so Davis – if he makes weight (given his history, some would suggest that’s unlikely) – challenges for Santa Cruz’s WBA super-featherweight belt while also defending his secondary WBA lightweight strap. The fight comes a fortnight after Teofimo Lopez took what must be perceived as the real WBA lightweight title from Vasiliy Lomachenko.

But, all that nonsense aside for a moment, this is a terrific fight on paper and one set for a live crowd at the Alamodome in San Antonio, Texas. Both are elite fighters and it’s a fight either could win. Floyd Mayweather-backed southpaw Davis has the edge in youth and punch, while Santa Cruz has more seasoning, fights at a higher tempo, is taller by two inches (at 5ft 7 1/2ins) and is more comfortable at the weight.

We know Davis faces an almighty struggle to make 130lbs. In his last fight, he was heavy when matched at 135lbs. He shed the excess so that his fight with 37-year-old Yuriorkis Gamboa went ahead for the vacant (and spurious) WBA belt last December. Davis didn’t do an awful lot in many of the rounds and Gamboa was unable to capitalise because he suffered a tear to his right Achilles suffered in the second round that needed surgery. The referee waved it off in the 12th after the Cuban veteran had been dropped for a third time.

The weight has to be a huge concern for Davis going into this, though one wonders if the super-featherweight division is a priority for him and how hard he’ll push himself to get down in weight if deems that detrimental to his chances. He lost his IBF super-featherweight title on the scales before a defence against Francisco Fonseca in August 2017 and, in his previous fight, he needed two attempts to make 130lbs for Cromer’s Liam Walsh at the Copper Box Arena. That night we saw how close Davis and Mayweather are – most of the time. BT Sport cameras picked up Mayweather entering Davis’ changing room and joking and dancing to lighten the mood before switching him on when he walked to the ring by whispering non-stop advice in his ear.

Once the fight was underway, Mayweather leapt around at ringside, throwing every punch with Davis. In between rounds, Davis would look at Mayweather for advice. Mayweather helped Davis become a belt-holder at 22, but their relationship soured slightly when Floyd recently helped Devin Haney. Mayweather smoothed that over when praising Davis for escaping his environment – “the mud” as he put it – through boxing. Calvin Ford, Davis’ long-time trainer, deserves more credit for Gervonta’s overall development.

The next challenge is to turn the 25-year-old southpaw from Baltimore into a pay-per-view star.

Santa Cruz has won sanctioning body titles in four divisions – from bantamweight to super-featherweight – and at 32, he’s far from finished. In his last fight, in December, he outpointed capable Miguel Flores for the vacant WBA 130lbs belt, a fifth straight win since Carl Frampton beat him on a majority vote that was then reversed in the rematch. We know Santa Cruz as a fighter who throws a lot of punches and doesn’t take many.

He believes he will set a pace that Davis won’t be able to match and that down the stretch, Davis will fade. The Gamboa fight was the first time Davis had been beyond nine rounds. He can really punch. He has won his last 14 by stoppage and the uppercut could be a weapon against Santa Cruz. That’s a punch the Mexican does look open to and Davis has the imagination to set up the shot and the talent and hand speed to land it.

Though Santa Cruz has never been down, he’s never been in with a puncher like Davis. The Mexican takes the threat seriously, saying he’s been sparring welterweights, and he hasn’t fought a left-hander since he outpointed Cristian Mijares in March, 2014 at 122lbs.

My feeling is that when Davis is convinced he will win easily, he doesn’t push himself. He lost a world title on the scales before fighting the limited Fonseca and I’m not sure the prospect of facing a 37-year-old Gamboa, who was considered ‘chinny’, gave him the drive to make the weight.

Davis knows if he doesn’t do everything right this weekend, he will lose.

If he has lacked motivation sometimes, Davis has reason to be pleased with himself having fought his way out of foster homes. Boxing has been good to Santa Cruz as well since he first went to the gym aged eight. Several times during the Flores fight, he was spotted smiling. Santa Cruz still loves fighting.

So, who wins? Davis has it in him to produce a special performance and win a lively bout on points.

On the undercard, there’s further evidence of the WBA’s daft title policy. In a bout marketed as a super-lightweight title fight, even though Josh Taylor is the WBA champ, San Antonio’s Mario Barros, 25-0 (16) takes on fellow Texan Ryan Karl, 18-2 (12). Barros should win inside schedule. Also on the bill, Las Vegas’ Diego Magdaleno, 32-3 (13), has a tough lightweight 12-rounder against Mexican Isaac Cruz Gonzalez, 19-1-1 (12) while Houston’s Regis Prograis, 24-1 (20), returns.

The Verdict Ignore the titles and focus on the fight.