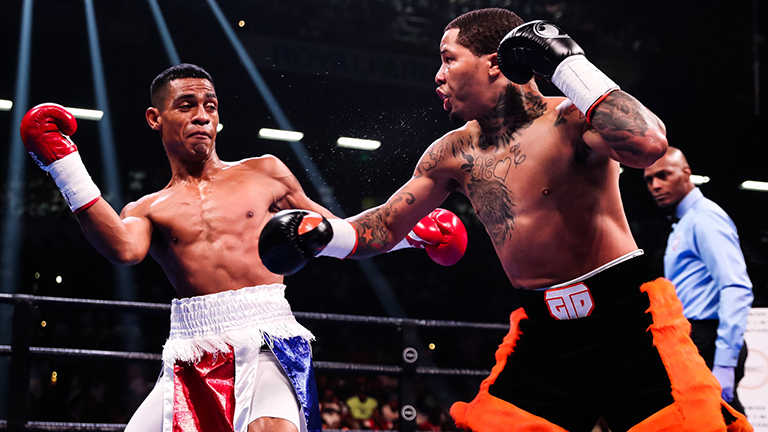 In what was the first world title bout in the Maryland city in nearly 50 years, the unbeaten Davis returned to his native turf for the first time since his fourth pro fight in July 2013. In front of an expectant crowd of 14,686, “Tank” did not disappoint in retaining his WBA belt for the second occasion, once again in scintillating style.

Southpaw Davis wore Nunez down with energy-sapping strikes to the midsection in the opener, before forcing him to the ropes with lashing left hooks in the second round. With fast, accurate punches raining down on the Panamanian, the referee stepped in at 1-33. A frightening 21 of Davis’ 22 victories have now come inside the distance.

“Tonight, we showed out,” Davis said after the contest. “It’s amazing to fight in front of my hometown fans and my family. It’s an incredible feeling. It’s not just a win for me, it’s a win for Baltimore. I want to do it again.

“[IBF titlist] Tevin Farmer fought tonight. I want Tevin. That’s a fight that can be made. Let’s get it on later this year.”

In a meeting of seasoned former world title-holders on the undercard, Cuba’s ex-unified featherweight champ Yuriorkis Gamboa proved that he has more left in the tank than Puerto Rico’s Roman Martinez by knocking out the previous three-time WBO super-feather boss in two rounds (set for 10).

Gamboa pressed the action from the start with rapid combinations. Early in the second, the 2004 Olympic gold medallist scored a knockdown with a left hook. Martinez rose from the canvas but was down again later on in the session following a perfectly placed right hand up top. He was unable to beat the referee’s count at 2-00. Afterwards, Gamboa called out Davis.

“I wanted a victory tonight so I can face Gervonta Davis next,” Gamboa said. “That’s what I want.

“It’s genetics. I have explosive power, I have speed. Even at this age [37], I still have it. I prepared well for this fight and it showed tonight. I knew he wasn’t going to be able to withstand my power.”