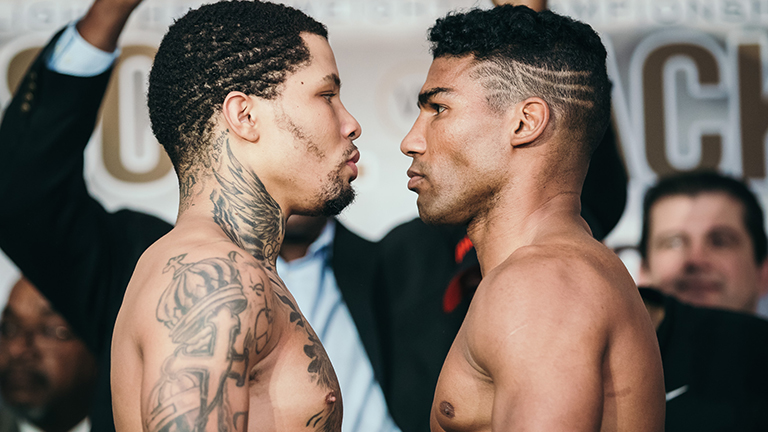 BALTIMORE’S Gervonta Davis initially weighed-in at 136 ¼ lbs for his fight with Cuba’s Yuriorkis Gamboa for the vacant WBA lightweight title. He weighed-in at 134.8 lbs (within the contracted lightweight limit of 135 lbs) approximately 90 minutes later. The fight will go ahead at the State Farm Arena in Atlanta, Georgia.

Gamboa tipped the scales at a comfortable 134 ½ lbs.

Promoter Floyd Mayweather said: “This is great. It’s not just about boxing being in one place. It’s about thinking outside the box so I said, ‘Why not?’ Atlanta is a great place with so many beautiful people. It’s just a great city.”

“When [Davis] was a kid I remember when I was on tour with Canelo a young kid came up to me and asked for an autograph and to sign his phone and take a picture. Then I saw something special in him when he came to my gym a couple of times. He was undefeated as a pro after a few fights and I said in two years I can make you a world champion. And we did it.”

WBA light-heavyweight champion Jean Pascal and two-division champion Badou Jack, who will square off in the co-main event. They both weighted in within the 175 lb limit.

Pascal said: “We are two warriors and we are two gentlemen so people are very excited for this fight and we are going to put on a show tomorrow night.”

Jack had this to say: “I’m just excited to become a three-time world champion. He’s my friend after the fight, but for now we are enemies.”