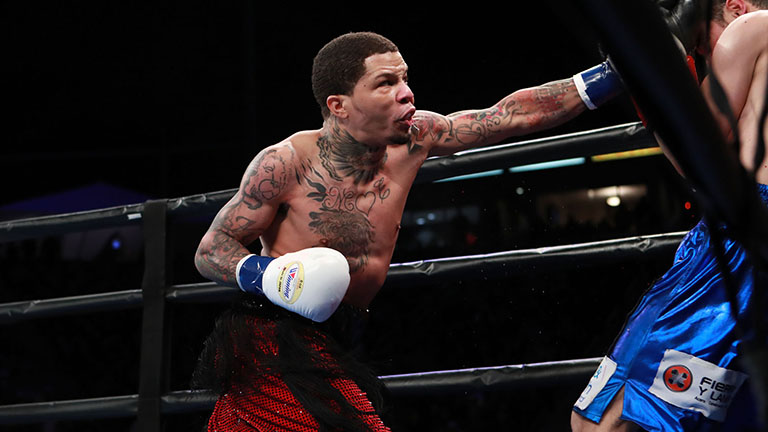 GERVONTA DAVIS’ inactivity has undoubtedly impacted on his burgeoning reputation as one of the potential breakout stars in the sport. With only three rounds of action in the past 20 months, Davis has struggled for momentum, but that should not affect him against 37-year-old Yuriorkis Gamboa in Atlanta on December 28.

In what is his first appearance since moving up to lightweight, Davis should have too much for the faded Miami-based Cuban, who warmed up for the clash by stopping Roman Martinez in July. Expect southpaw Davis to triumph on the cards over 12, but twice-beaten Gamboa should have his moments.

In the co-main at the State Farm Arena, Badou Jack returns for the first time since losing to Marcus Browne in January in a fight which is most famous for the ridiculous cut the Swede sustained to the forehead.

At 36, Jack remains a force at 175lbs and he will be hoping to get his career back on track by seeing off the man who beat Browne in August, Jean Pascal.

This looks like a guaranteed distance fight and don’t rule out the king of draws Jack adding to the three already on his record, although a 12-round points win seems most likely for “The Ripper”. Showtime broadcast this TGB/Mayweather co-promotion.

On the same day in Marseille

CRUISERWEIGHTS collide in a post-Christmas clash at the Palais des Sports in the south of France. WBA champion Arsen Goulamirian, 25-0 and fighting out of Big Bear in California, puts his belt on the line against Constantin Bejenaru.

The New York-based Moldovan southpaw is a bigger puncher than his 14-0 (4) record suggests and counts Thabiso Mchunu among his victims. Even so, you would be hard- pressed to confidently pick him in this one, with the heavy-handed title-holder a rightful favourite. Expect Goulamirian to continue his reign with a stoppage in the second half of the fight. Univent promote.