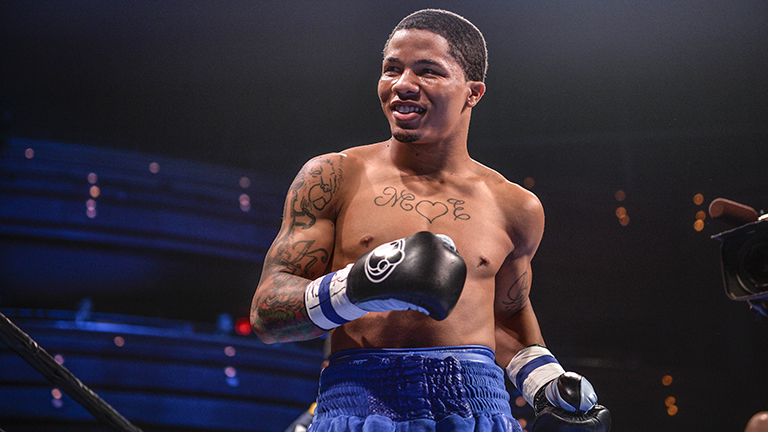 Gervonta Davis on his past, Saturday's world title fight and Vasyl Lomachenko

GIVEN the style in which Gervonta Davis destroyed Jose Pedraza, you’d be forgiven for thinking his nickname, ‘Tank’ had something do with the boxing artillery he has at his disposal. In fact, it’s just because when he was a kid, he had a large head.

His head now, you’ll be pleased to know, is not disproportionately large. His face is unmarked by wars but he does have a broad neck. You have to think he’ll be able to take a solid punch when he’s caught clean. He speaks softly, but is in the fortunate position where his explosive boxing can do the talking.

He is in London to make the first defence of his IBF super-featherweight against Liam Walsh at the Copperbox on Saturday (May 20). He promises simply “a lot of excitement”. Davis continued, “I believe a real fighter, a real champion can fight anywhere. I’m thankful to fight in the UK.

“Real champions can adapt to anything.”

He insisted, “Saturday night there will be a lot of excitement. I’m not looking for the knockout, I’d rather beat him for 12 rounds. If the knockout comes, then I’m going to take it.”

‘Tank’ has emerged from a harsh upbringing to become a world champion. It could have gone very differently for him. “It was either the gym, or jail, or dead,” as he put it starkly. He got through “because of my passion for boxing”. He explained, “That’s what gave me purpose.”

His trainer, Calvin Ford has been alongside him from the very beginning. Ford said, “We had a lot of great kids that could have been world champions if they’d stuck. But the streets of Baltimore swallowed them up. Bad things happen but at the same time it let Gervonta see where it could get you. He held fast, he definitely held fast through all the trials and tribulations that he went through. He made it. We sat down, talked about his dreams. He’s living them. The only thing he’s got to do is stay focused… Staying focused and doing what you’re supposed to do.”

Davis expects to remain at super-feather in the near future. “I make weight pretty good at 130lbs. Eventually I will move up. Right now we’re staying at 130… There are a great fighters out there I would love to get in the ring with.”

Vasyl Lomachenko would be an appealing super-fight for the division. “He’s good. He’s not bad,” Davis said with some understatement. “He’s a great fighter, I can’t take anything away from him. What he’s doing in the ring speaks for itself.”

But Davis’ next step to stardom takes place Saturday night.