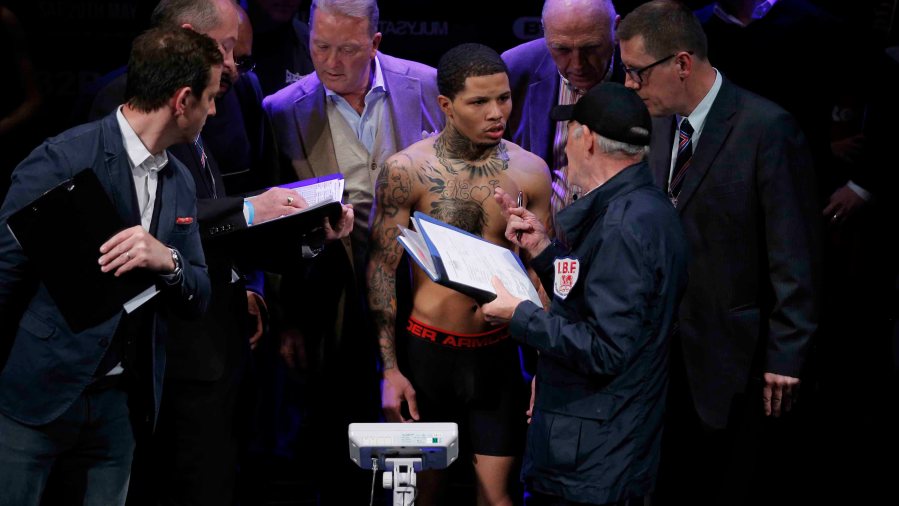 A shock occurred at the weigh in today as IBF super-featherweight champion Gervonta Davis failed his first attempt to make weight ahead of tomorrow’s world title fight with Liam Walsh at the Copperbox in London.

Davis looked surprised, then confused staring at the scales as he came in over the limit. He conferred with the officials around him. He stripped his shorts off to try again but was just two ounces over. He had two hours to lose that.

The world champion is still young, 22 years old, and this could disrupt his routing. Liam Walsh came in right on the weight limit of 130lbs and looks highly motivated for his first world title fight, especially after an emotionally charged press conference yesterday, when his own brothers confronted Floyd Mayweather, Gervonta’s promoter.

Drama at the weigh-ins as Gervonta Davis misses weight…

The champ has two hours to lose 2oz!