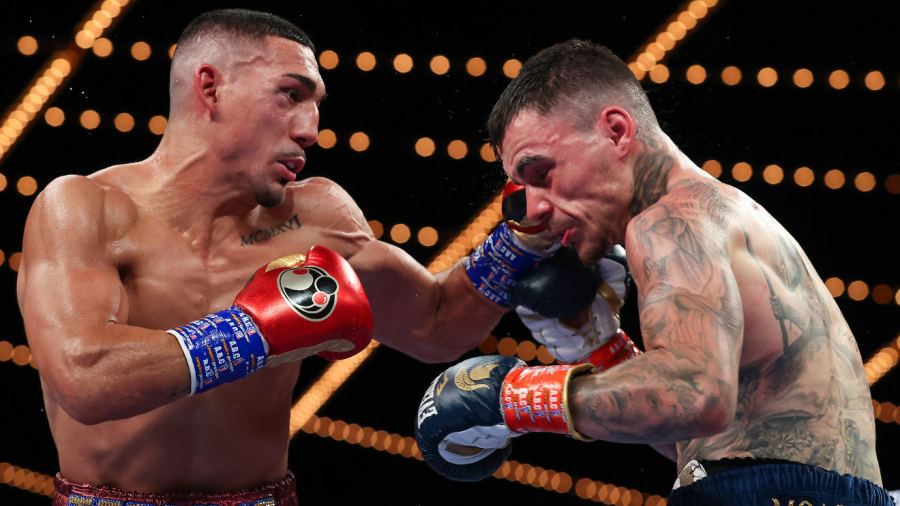 Lopez was a significant favourite in his home city of New York. He had predicted he’d win by a first round knockout and tried to make that happen. He went for Kambosos, throwing bombs in the opening round. But hunting for a finish so early was a mistake and Kambosos punished him for it. He sent a countering right over and knocked Lopez off his feet.

“The fight changed after that,” Kambosos said.

In the first half of the contest Lopez struggled to find his rhythm. Kambosos moved off, weathering the onslaught that was coming his way and jabbing well. He hooked his left off the jab and continued to catch out Lopez.

Teofimo was underperforming. He had looked to power through the Australian and when that didn’t work he seemingly had few other ideas.

Relying on his power was enough though to make this a close fight. Lopez began to come back into the bout as he looked to slug it out. He chopped Kambosos down to the canvas, a right cross lancing down to knock the Australian off his feet. Lopez had shaken him up but let him off and gave away the 11th round. Kambosos had marked his face up and left Lopez with a terrible cut over his left eye. It was the challenger who was coming out with less damage and he took a memorable split decision victory.

“All respect to him, he’s a great champion,” Kambosos said. “But I’m the better fighter and I told you I’d be better than him every step of the way.

“I’m the greatest fighter in Australian history and that’s no disrespect.”

Lopez did not take this upset defeat with good grace. “I won tonight,” he said. “I don’t believe it was a close fight at all.”