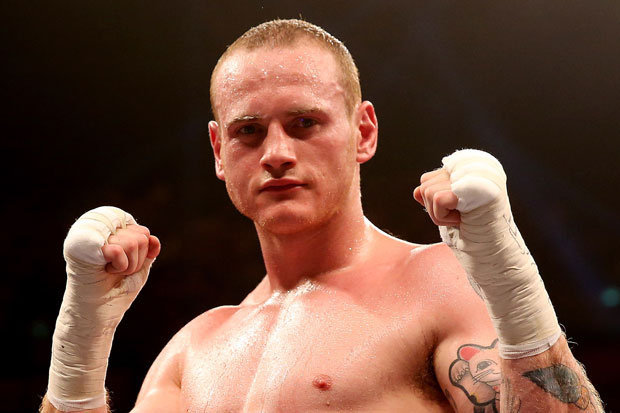 Groves crucial comeback fight will be in association with Matchroom Boxing

ON September 20, ‘’Saint’’ George Groves, 19-2 (15) returns in a final eliminator for the WBC super-middleweight title against European champion Christopher Rebrasse, 22-2-3 (6). Team Sauerland is pleased to announce that the “Return of the Saint’’ will be available to watch live on Sky Sports in association with Matchroom Boxing.

‘’I am thrilled to be back boxing on Sky Sports,’’ said Groves. “It is a great platform for boxing in the UK. Over the years I have made a lot of friends within the company and created a base of fantastic fans with the help of their exposure. I’m sure with their continued support everyone will be able to see me lift the WBC belt live on Sky Sports in the near future.’’

Said promoter Nisse Sauerland: “We are delighted this fight will be on Sky Sports, where George has found his home in recent years. Considering the importance of this fight for George’s career, this is the icing on the cake in terms of making it a big night for British boxing. We are also very happy to be working with Eddie Hearn and Matchroom Boxing to bring fans an action-packed undercard.’’

Said Eddie Hearn: “Following the success of the Froch vs. Groves card at Wembley Stadium, we felt it was important to keep George on Sky, with some huge domestic and international fights at super-middleweight sure to be in the mix.”