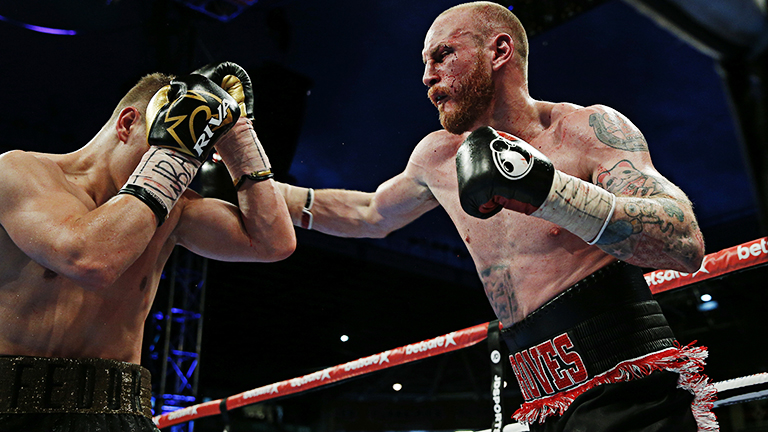 IN his impressive world title victory over Fedor Chudinov, George Groves damaged his jaw. But the new WBA super-middleweight title champion could be ready to fight again in October, possibly even in September, and Groves does have an array of appealing options.

He could rematch long-time rival James DeGale or even box returning star Mikkel Kessler. Promoter Kalle Sauerland told Boxing News, “The options are there, whether it’s a [WBO champion Gilberto] Ramirez fight, the DeGale fight, whether it’s the Mikkel Kessler fight, which is a big fight in the UK, which is a smashing fight. I remember them sparring before the second Froch fight [Froch-Kessler II], I would have probably paid a grand to watch them sparring. It was nuts.”

They nearly put together the Groves-DeGale rematch. “We were very close to fighting DeGale now, instead of Chudinov. Very close. Sacrifices were made, in the end we couldn’t reach terms. It’s just the way it was,” Sauerland said. That fight he believes can still happen, adding, “Any fight is makeable if there’s a desire to make the fight, especially fights where there’s a large pot to look at.”

“Options are not the problem. It’s a very well-deserved position,” Sauerland said. “It’s nice to have those options there.

“I think all the champions are on the horizon. There’s a tournament going in the weight class, that’s something we’ll be talking about,” he continued. “We haven’t actually talked about the next steps. I’ll be seeing him next week, we’ll bang our heads together and we’ll come out with a battle plan and we’ll follow that battle plan. Whether that’s a James DeGale fight, whether that’s a tournament. It has to be the best move for George. It’s a tough sport… He wants those big fights now.”

“I can only present the options to George and say this is how I see it, these are the options and we’ll be doing that next week.” But Sauerland maintains, “George is now the man to beat in the division.”