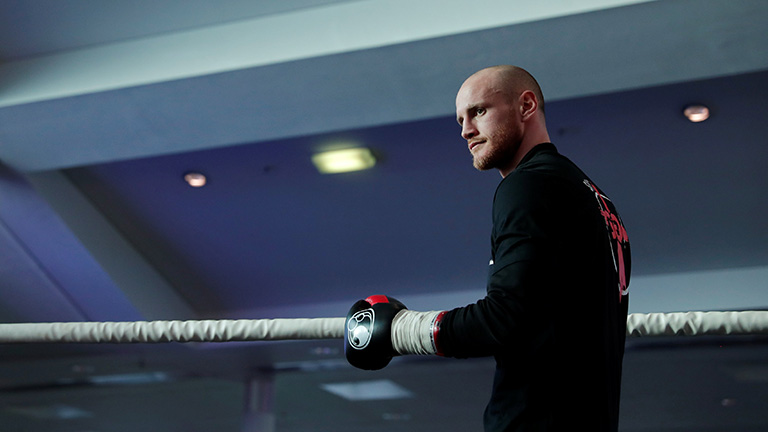 IT is strange to have two British fighters contesting a world title fight in Saudi Arabia. But WBA super-middleweight champion George Groves and challenger Callum Smith will be heading to the the King Abdullah Sports City in Jeddah on September 28.

But at least the fight is happening. It is the best final at super-middleweight for the innovative World Boxing Super Series tournament. An announcement confirming the date and venue for the contest had been often delayed. First Groves injured his left shoulder at the end of his semi-final and had to reassure the tournament organisers he would be fit to fight. They agreed to move back the final until later in the year but there was a further wait as the venue and precise date remained shrouded in secrecy.

Now the boxers are obliged to travel overseas to a city that has never hosted a major boxing event. But neither sound bothered by having to travel.

“It’s fantastic news that we now have a confirmed date and location for the final and I’m incredibly excited that the fight has been formally confirmed to take place in Jeddah,” said Groves. “I’m excited and sure this final will eclipse every World Boxing Super Series fight to date for excitement and drama. I have been in camp for a while already but am now looking forward to stepping the training up now that the dates been set.”

“Smith is a good fighter but I believe I am the best super middleweight on the planet,” continued Groves. “I’m world champion, number one in the division and am now looking forward to putting on a show in Jeddah and winning the Ali Trophy.”

Callum Smith is determined to upset him. “It has been a long time since my semi-final win over [Nieky] Holzken,” said Smith. “But the most important thing to me is that my opponent is George Groves. It means that by the end of September I have the chance to be the WBA champion and the number one super-middleweight in the world. I believe I will do it.

“I am excited to be part of such a big night of boxing. It began with the red carpet treatment in Monaco and will end with more of the same in Jeddah.”