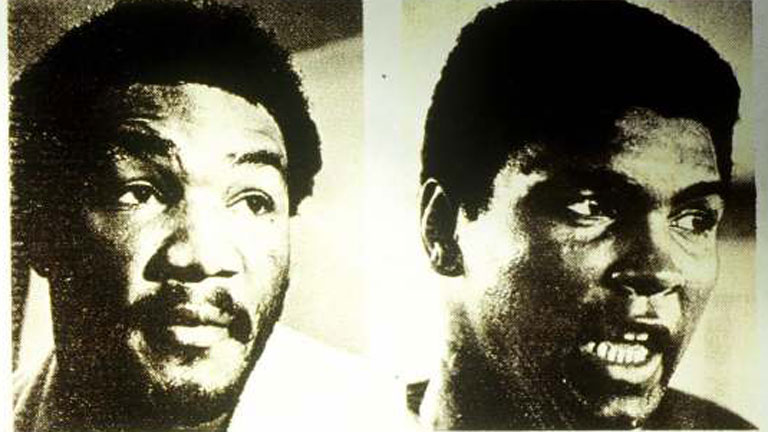 2016 was marked by the death of Muhammad Ali. George Foreman remembers his great friend and great rival

MUHAMMAD ALI was Mr Media. At a time when nobody knew how important it was, he really spelled it out. He could give lessons now to press agents and in this era of social media he would be king. I’d been in contact with his family [when Ali went to hospital]. Actually, it was the media who called me up and told me he had passed.

When we got in the ring, boy was I trying to get him. Boy, was I just trying to beat him. He was like, ‘Man, I can’t fight you. I’m just going to cover up.’ And after a few rounds he said, ‘Man, I’ve weathered the storm,’ and in the eighth round he was able to slip in some combinations and that quick right hand and that was the end of me. I will not forget that, but I’m so glad I have film so I can go back and show that to my grandkids. I’m happy about that.

I don’t really look at Muhammad Ali as a great fighter. I think that boxing was too small. Remember, he fought Sonny Liston and the fight ended all weird. Then he fought him the second time, he won again but it was a weird ending. You know, Frazier, those two really got at it but there was a lot of clowning in there, too. Muhammad Ali was a great presence; a great man. That’s how you look at him. Forget about boxing. Don’t go there with him. He’s just too big.

I think people should just know him as The Greatest. That’s the hat that he wore. Go to the dictionary and find out what it really means. That’s what he was. A boxer? A politician? People would go and see Muhammad Ali and come back a better person. He wasn’t boxing – he was a credit to the arts, period.

Muhammad Ali, that’s what I mean about the great presence. I remember him holding the Olympic torch and he was shaking and I thought, ‘Man, he makes Parkinson’s look good.’ He made everything look good. I remember seeing him with a walker and I thought, ‘I never knew those things were so stylish.’ Anything.

There was a photograph of him with his jaw wired together after Ken Norton had broken it and he was eating baby food and it actually looked good and I was like, ‘Man, I think I’m going to buy me a jar of that baby food.’ Everything he did, he made it look good.

I remember I met him before one of my first boxing matches at Madison Square Garden and he was introduced and he came to one corner and wished the guy well, and he came over and said to me, ‘Keep punching. You’re gonna be champ.’ And with that, it was love at first sight. When we fought in Africa I tried to knock him out, I tried to knock everyone out, but we’ve never had an argument. People say, ‘You were so angry with him.’ He never said anything to me apart from in the ring. That was it. I always admired and loved Muhammad Ali, and as the years went by I realised I’d wasted a lot of time with anger and we became the best of friends.