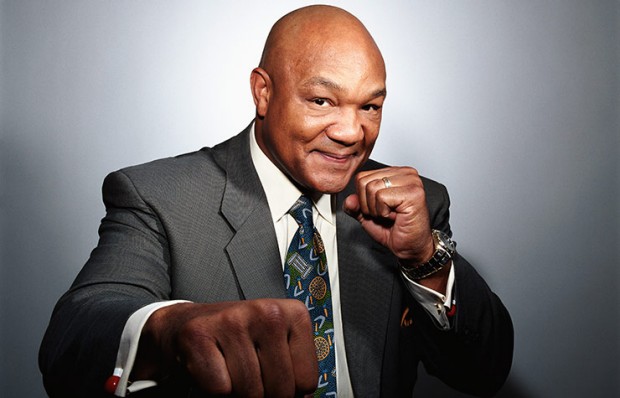 Foreman, talking to Doug Gottlieb, also believes that the fight is better event as a consequence of the five year wait the boxing world has endured.

“This is major,” said Foreman. “Boxing deserves something like this. I’m just happy the fight is happening, and it’s happening right now. Because everyone will get a chance to see what they wanted to see. If it had happened five years ago, there would have been some too young to enjoy [and] some old enough to say, ‘Hey, there was better days.’ But now everyone’s hungry for the matchup of the century. [These are] evenly matched fighters. It’s a fan’s fight, and it should be. It’s big.”

Foreman – who upset the odds himself in his title winning efforts against Joe Frazier and Michael Moorer – believes Pacquiao has what it takes to claim victory.

“[Mayweather’s] got everything to lose,” Foreman continued. “But boxing was invented for the underdog – for the smaller guy who doesn’t have a chance – to come up with a way to beat the bigger, stronger guy. That’s why I give it to Pacquiao.”

Mayweather is 1-2 favourite to win. Those picking Pacquiao believe he can win inside the distance and Betway are offering inviting odds of 5-1 for him to do just that. The Filipino hasn’t scored a stoppage victory since 2009 when he halted Miguel Cotto in the 12th and final round. A repeat of that result is a long 50-1 shot.

Foreman believes the key to beating Mayweather – undefeated in 47 bouts – is to take each round at a time.

“Hey, just win this round,” Foreman said. “Every time you come back to the corner, you sit down on the stool, wave the towel over him and don’t say anything. The bell rings, go get him again. Do the same thing you did the first round all the way through the sixth or seventh round, and you’ll win.”

If you agree with Foreman there is some serious cash to be made. Even if you don’t – and some wise boxing people here in Las Vegas are tipping Mayweather win by knockout (14-1) – add some spice to the Fight of the Century with Betway.