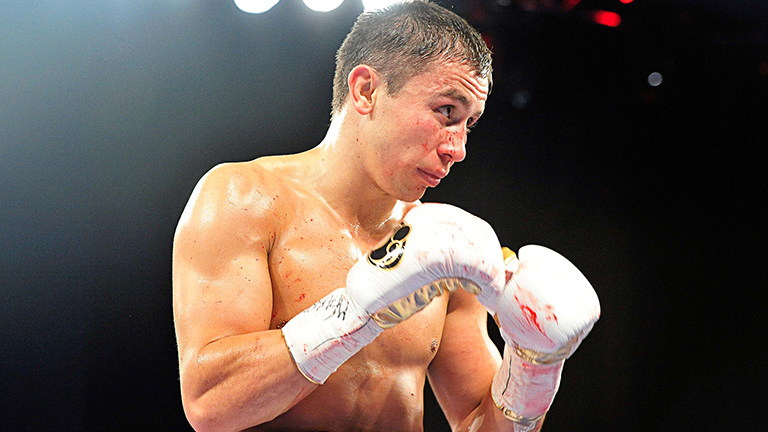 TOM LOEFFLER, promoter of Gennady Golovkin, maintains that a fight between his charge and Canelo Alvarez is the biggest that can be made in boxing, though there is only a verbal agreement in place for now.

After Canelo flattened Amir Khan in May to defend his WBC world middleweight title, his promoter Oscar De La Hoya insisted that he would call Loeffler to begin negotiations for a fight with ‘GGG’.

However the Mexican vacated the title and will move back to super-welterweight and fight WBO champion Liam Smith on September 17, a week after Golovkin fights Kell Brook.

“Oscar called and look, you can’t force someone to get in the ring. They had the mandatory obligation, he vacated the title so now there’s really no obligation,” Loeffler told Boxing News.

“He’s gone down in weight, he’s going to fight Liam Smith. What [Golden Boy Vice President] Eric Gomez and Oscar said was that they want to shoot for next September.”

Golovkin will box in the UK for the first time as a professional when he defends his WBC (which he inherited after Canelo vacated it), WBA and IBF world middleweight titles against Brook at the O2 Arena in London.

‘GGG’ has seen his stock rise exponentially over the past couple of years, mainly because of how active he’s remained despite not being able to lure big name fighters into the ring with him.

While Loeffler concedes that Golovkin-Canelo would be a colossal event if it were happening next, he remains adamant that – if all goes to plan – it will only increase in stature as time goes on.

“If everything goes the right way for Gennady this September then we can keep building him and that’s going to be a massive event next year – if it ever happens,” he said.

“At the same time if one of the fighters loses, or something happens, you never know. It would be the biggest fight in boxing this year, but next year it’ll be even bigger as long as each guy continues to win.

“If it was up to Gennady, he would have fought him in May instead of the Amir Khan fight. Like I said, you can’t make people get in the ring, all we can do is keep making fair offers and just go from there.”

Of course, both Golovkin and Canelo have important fights to get through first. Though they are both heavy favourites, there is mounting pressure for them to impress and continue building to their planned September 2017 meeting – and overlooking their criminally underrated foes could spell disaster.