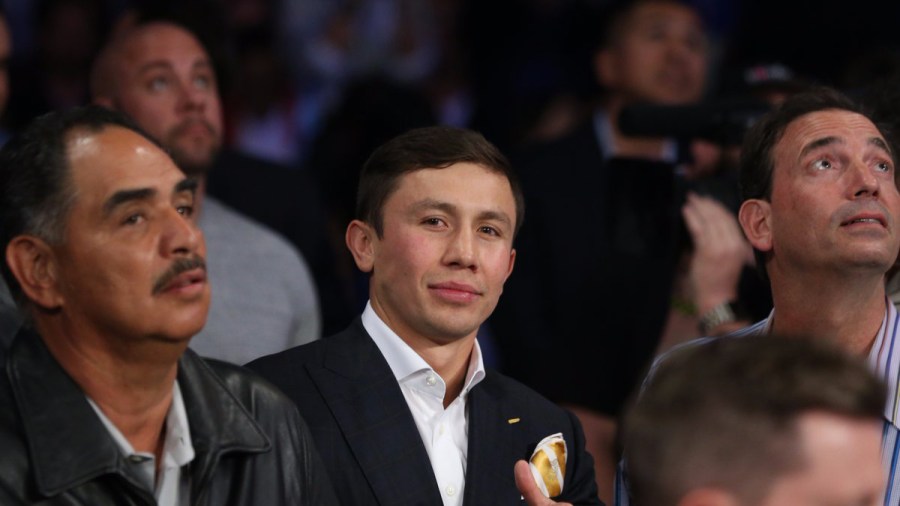 The date is set. Canelo Alvarez will fight Gennady Golovkin. Read on

IN a dramatic announcement Canelo Alvarez called out Gennady Golovkin, the WBC, WBA and IBF champion and reigning middleweight number one. After beating Julio Cesar Chavez Jr in a one-sided display at the T-Mobile Arena in Las Vegas on Saturday (May 6), Canelo established himself as Mexico’s unquestioned boxing hero. Now he wants to take on the best in the world. That is Gennady Golovkin. And Canelo Alvarez will fight him next.

Canelo-Golovkin will take place on September 16. “I feel very excited,” Golovkin said. “Right now is a different story. In September, it will be a different style—a big drama show. I’m ready. Tonight, first congrats to Canelo and his team. Right now, I think everyone is excited for September. Canelo looked very good tonight, and 100 percent he is the biggest challenge of my career.”

Although Canelo has been a WBC middleweight champion in the past he’s never boxed at 160lbs. He won that title fighting at 155lbs and defended it against Amir Khan (who is neither a middleweight himself). When the Golovkin fight was mandated last year, Alvarez elected to move back down a pound and defend his super-welterweight crown. Golovkin won that vacant belt to hold three of the four major world championships.

But it seems Chavez Jr was a (lucrative) means to this end. Canelo went all the way up to 164lbs for this catchweight contest. It means he should have bulked up now and should next be able to work his way down to 160lbs. For Golovkin, this is the defining fight against a major name that he has been waiting for. While the fearsome Kazakh has shown hints of vulnerability recently against Kell Brook and particularly against Danny Jacobs, this is the fight the world has been waiting for. On his rise to the unify the middleweight championship “GGG” looked almost invulnerable. But now the tough, hard punching warrior Canelo looks ready for the ultimate test.

Alvarez insists he has no fear. “GGG—you are next my friend,” he said. “The fight is done. I’ve never feared anyone, since I was 16 fighting as a professional. When I was born, fear was gone. I never got my share of fear. I’m very happy, and the rivalry is going to show my skills even more. I’ve had difficult fights, and that will no doubt be a tough fight. But, I always say, Canelo Alvarez is the best because I fight the best.”

At the end of the fight Golovkin joined him in the ring and told Canelo, “Good luck in September.” And then ticker tape rained down on the crowd.