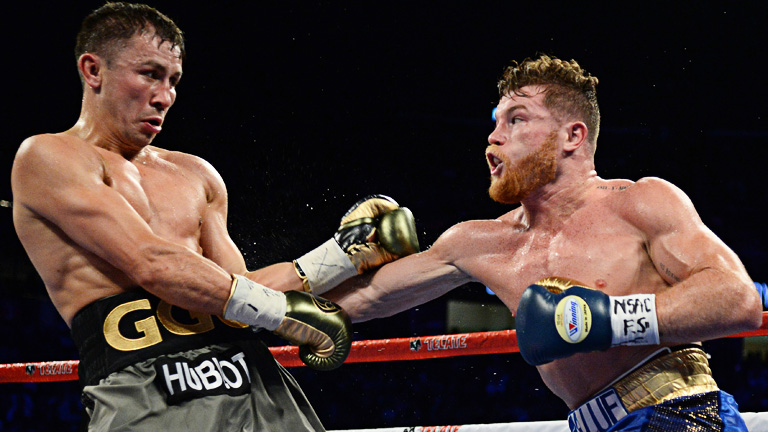 Abel Sanchez reveals why Tony Weeks was rejected as the referee for the Gennady Golovkin vs Canelo Alvarez rematch. John Dennen reports

THE officials for the controversial Gennady Golovkin vs Canelo Alvarez rematch have been declared.

The judges will be Dave Moretti, Glenn Feldman and Steve Weisfeld. Benjy Esteves Jnr will referee.

They will all be under intense scrutiny after the first Golovkin-Canelo ended in a highly debateable draw.

Neither Don Trella, who scored that first contest a 114-114 draw, nor Adalaide Byrd, who bizarrely scored 118-110 for Canelo last year, will be officiating. Dave Moretti though has been recalled, he scored the first fight 115-113 for Golovkin, an endorsement therefore of his view.

There had been debate over the referee. Golovkin’s team rejected Tony Weeks. Abel Sanchez, GGG’s trainer, said, “First of all, we had been told it was going to be Kenny Bayless, and we had agreed to Kenny Bayless at the beginning. When the name Tony Weeks came up, I had several other fighters with him, and I felt he didn’t do a proper job. I felt in one of the fights [Denis Shafikov vs Rene Alvarado] while he was giving the instructions, I felt how he addressed a question of mine was very irresponsible and insulting. So, I felt I had a problem with that, and there’s a lot of other great referees in this world, and I felt that he wasn’t qualified in my opinion to do this kind of fight.”

He continued, “Tom Loeffler [Golovkin’s promoter] is the one that deals with the direct talk with Mr. [Bob] Bennett from the Nevada commission. They had a pool of judges that they got together, and they were selected based on what they’ve done in the past and based on the Canelo side and our side being in agreement with them. But the same with referees. There was a pool of them given to us, and we chose what we thought was in the best interest of the fight, of our sport. Hopefully they’ll be fair and the winner does win.”

Golovkin won’t rely on a knockout. “I think that the onus and the microscope is going to be on judging, and I think that we have some judges that have been shown to be very fair in the past. So if we win the fight, then we’ll win it. If we lose it, then we’ll lose it,” Sanchez said.

“But I think that a knockout will leave no doubt. I think a knockout on either side will stand to greatness and great legacy for the winner. Of course we’re going to try to knock him out, but in order to do that, there’s got to be a willing participant on either side, a willing participant to give us the kind of classic fight where somebody gets hurt.”