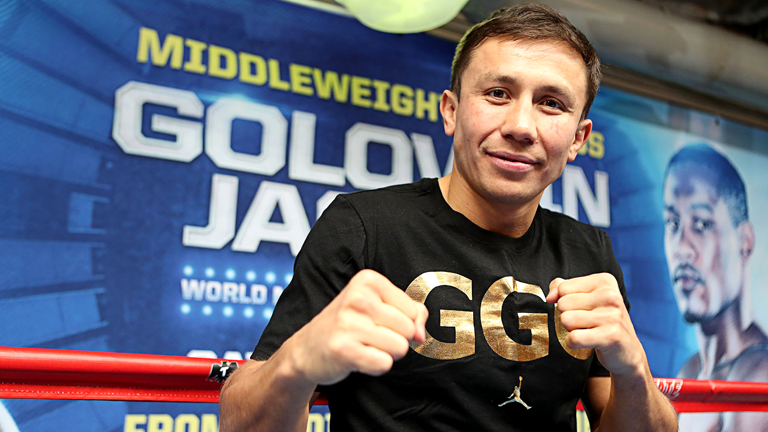 Gennady Golovkin is having some time off

GENNADY GOLOVKIN will not fight in June, as was originally planned, and instead will wait to see how Canelo Alvarez does against Julio Cesar Chavez Jnr next weekend.

Golovkin retained his WBA, WBC and IBF world middleweight titles in a terrific fight with Danny Jacobs in March, after which attention turned to WBO champion Billy Joe Saunders.

The pair looked set to collide in Golovkin’s native Kazakhstan in June but talks fell apart and ‘GGG’ will take a break from his hectic schedule.

“He’s going to take some time off, after the Jacobs fight, it was 12 hard rounds for both guys. So he’s going to take June off and we’ll see what happens as far as the biggest fight that can be made for him at that point.

“He’s been the most active champion. If anyone could have fought in June after that March 18 fight, it would have been him and that would’ve been the ultimate plan, to fight Saunders in June and then fight again in the fall, but it was just too close a time to make it.”

The hope is that Golovkin will finally meet Mexican superstar Alvarez in September, with both sides still holding a verbal agreement over the biggest fight in the sport.

First, Canelo must defeat his countryman Chavez Jnr in Las Vegas next weekend, after which he has confirmed he will operate at 160lbs, where Golovkin reigns supreme.

It has not yet been confirmed whether Golovkin will attend Canelo-Chavez Jnr at the T-Mobile Arena, but either way he will have a close eye on the action.