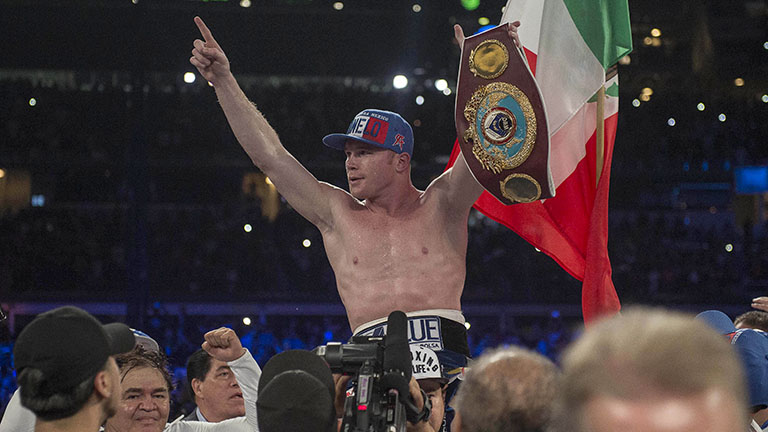 AFTER Canelo Alvarez overcame a stirring effort from Liam Smith, knocking him out in round nine with a left to the body, the Mexican’s promoter Oscar De La Hoya claimed a significant ‘eight-figure offer’ was made to Gennady Golovkin 30 days ago. The Golden Boy boss was hoping to secure the contest for next year but claims he has heard nothing back.

Canelo said he was sick of being accused of ducking Golovkin when, his team claims, the reality is far different.

“First of all, I want to say I told you I was going to give a great fight and get the championship and here it is,” said Canelo of Liam Smith.

“I started going after him, but in the second round I hurt my hand. I hurt my right hand and had to use the left more often. There was some disparity but that’s what happened. I felt he was very strong in the beginning so I had to put the body work and felt he would dwindle, that’s how I did my job. I give big punches with my body shots, and I enjoyed it very much.

“I fear no man,” Canelo said when asked about Golovkin. “I am the best fighter in this. About a month ago, we offered GGG three or four times as much to make the fight. We are ready for him and he doesn’t want to accept. As I said, we are a team and I fear no one. I fight the best and I want to fight the best, I am the best at this sport and Viva La Mexico!”

For the full story of the negotiations, including the latest on Alvarez’s injured hand, watch the video below.