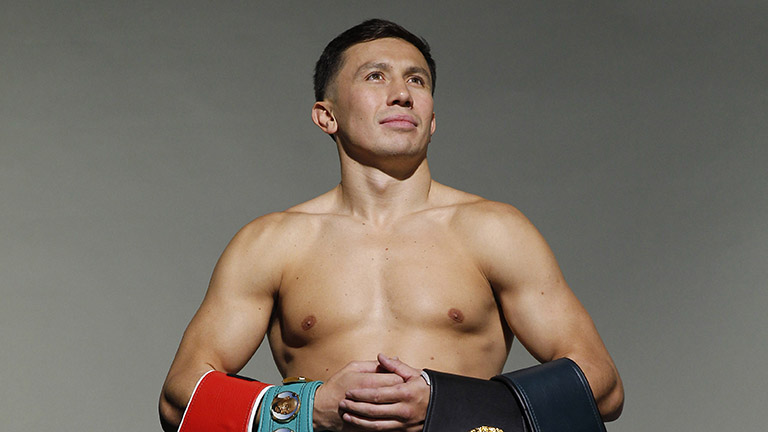 'I lost a lot of time with Eubank.' But Gennady Golovkin isn't done with Britain. After Kell Brook he wants Billy Joe Saunders

Golovkin, the holder of three middleweight world titles, explained what brought him to Britain. “I thought I have to fight here because there are so many good champions here. I like fans, I like the UK fans because people in the UK understand boxing. There is history here, a lot of tradition. I always told Tom [Loeffler, his promoter]: ‘Tom please I will sign before I even see the contract, give me the chance to fight in the UK’. I had a fights with Murray and Macklin but I wanted to fight here. For me this is huge,” the Kazakh champion said.

“Absolutely it is great. I’ve had fights in Kazakhstan, in Germany, in Panama, and the whole world. This boxing world is very close. The UK is huge for me, there a few great champions from the UK. People understand boxing here. They are true fans, I like this.”

Of course, Kell Brook wasn’t expected to be the opponent. WBO middleweight champion Billy Joe Saunders was once mooted and talks reached an advanced stage with Chris Eubank Jnr. When that fell through, Kell Brook stepped up and stepped in.

“I want the fight with Saunders, then Eubank. I told Tom ‘this is my signature, give me the fight please for them in the UK’. I lost a lot of time with Eubank, but when he said Kell Brook I said ‘yes I’m ready,’” Golovkin explained. “I was very positive. I know Kell. He is a very good fighter. He is very dangerous. He wants to fight at 160? I’m ready for it. I’m ready for any fight at 160. At first I was surprised it would be him. We spent a lot of time talking to Eubank and we lost a lot of time. Kell is ready, best deal for him and for me.”

Golovkin would like to fight Billy Joe after this. “Absolutely because my goal is all the belts in the middleweight division. First of all Saunders because he has the WBO belt. This is the biggest chance, not for me, but for everybody. Everybody wants all the belts. It is the dream for everybody. We had a good deal but he didn’t want the fight with me. This is not my problem. I have time. I’m very good,” he says. “I believe it is possible to unify.”