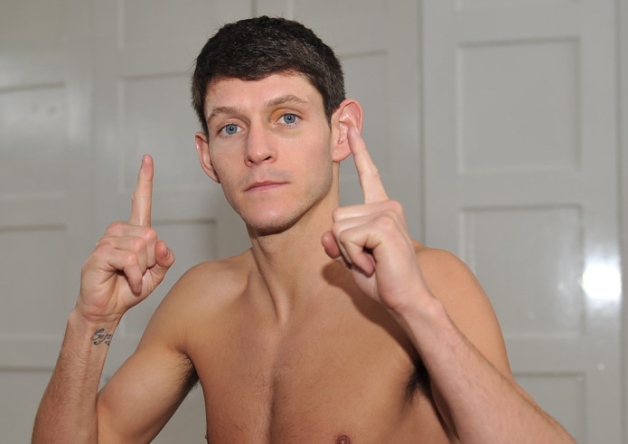 McDonnell targets world glory after relinquishing British title
GAVIN MCDONNELL will face Vusi Malinga for the vacant WBA International super-bantamweight title at the Ice Arena in Hull on October 25, live on Sky Sports.
Unbeaten McDonnell vacated his British title in the quest to move onto the world stage and he dives straight into the deep-end in that pursuit against the South African, who returns to England with a score to settle having lost to Stuart Hall in his last outing in Leeds in December for the IBF bantamweight title.
Malinga had previously challenged Leo Santa Cruz and Hozumi Hasegawa for World honours, and McDonnell joins local stars Luke Campbell MBE and Tommy Coyle in facing litmus tests’ of their career ambitions.
“Gavin wanted a test of his credentials at world level and he’s certainly got that in Vusi Malinga,” said promoter Eddie Hearn. “It’s great credit to him and his team for taking this fight and if Gavin can land the win, it catapults him onto the big stage.”
McDonnell’s meeting with Malinga joins Campbell’s clash with Daniel Brizuela for the vacant WBA Inter-Continental lightweight belt and Coyle’s defence of the IBF International Lightweight title against former WBO interim champion Michael Katsidis.
Rising star Gamal Yafai appear on the bill alongside a host of young local talent in Nathon Smith, Tom Knight, Charlie Payton and Connor Seymour.
Tickets are on sale now priced £40, £60 and £120 for VIPs and are available from Matchroom Sport on 01277 359900 and at www.matchroomboxing.com