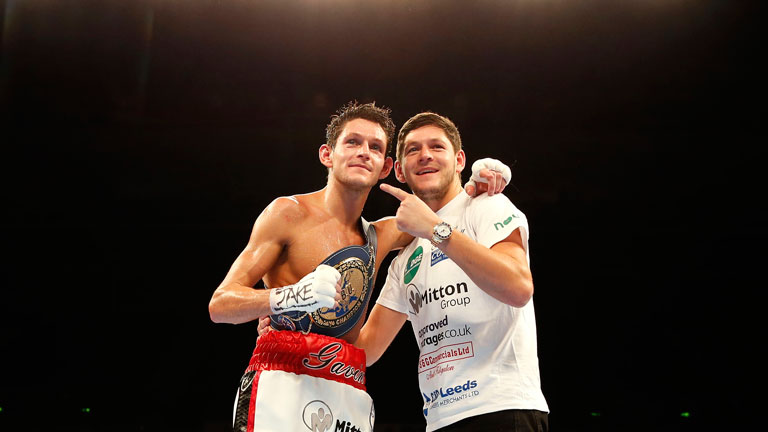 Dave Coldwell, trainer to McDonnell, tells George Gigney why this is the perfect opportunity for his man

GAVIN MCDONNELL is chomping at the bit ahead of his WBC world super-bantamweight title eliminator on the Carl Frampton v Scott Quigg undercard on February 27.

The unbeaten Doncaster native faces Panamanian slugger Jorge Sanchez for the WBC Silver bauble, with a win lining him up a shot at champion Julio Ceja – the same man Gavin’s twin brother Jamie beat to become world champion for the first time.

His trainer, Dave Coldwell, is thrilled for his man and insists this is the right path towards a world title.

“It’s a massive fight for him. It’s the route that we wanted for him because we fancy that, by the time he gets to Ceja, he’ll be proven and good enough to beat Ceja and stick to the game plan,” he told Boxing News.

“This is a tough fight, this one. Without a doubt, he possesses power but technically he doesn’t look the best, he looks like he loads up on every shot.

“We’ve known for a couple of weeks and we’ve been sitting on it and he’s been a different kid in the gym. He’s dedicated and gives it everything anyway but he’s been absolutely buzzing for this.”

While Gavin began boxing later than his brother, the 29-year-old has won all 14 of his professional outings, most recently outpointing Jeremy Parodi to retain his European title.

“I’m over the moon for him. Genuinely, he wants to match what Jamie’s done and become a world champion. When you’re a twin, he can’t finish his career without becoming a world champion,” Coldwell said.

“It’s a hard fight and one he won’t shy away from.

“He’s climbing the ranks really quickly. Why take 30 fights to get somewhere you could in 20? Fighters like Jamie and Gavin, they’re not big punchers so they’ll have a lot of rounds, a lot of miles on the clock so the quicker they can get to where they want to be, the better.”

Of course, the IBF and WBA super-bantamweight titles will be up for grabs in the main event and Coldwell hopes McDonnell can shine in the co-featured bout of the show.

“That is something he’s excited about as well, it’s on a huge, huge show,” he said.

“It’s all there for him. Hopefully, people will watch this one because with these big fights a lot of people stay in the bar until the main event. He really wants to feel the buzz of a big crowd and that’s what we’re hoping for.”