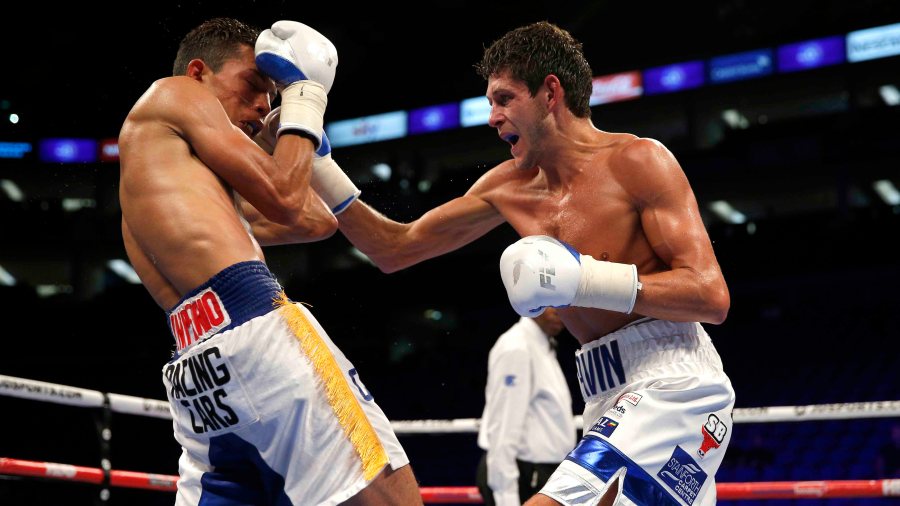 WITH the news that Hozumi Hasegawa had retired from boxing, his WBC super-bantamweight title became vacant and it was subsequently announced that the top two contenders – Rey Vargas and Gavin McDonnell – would box for the belt. McDonnell – twin brother of top bantamweight Jamie McDonnell – is excited at the prospect of his first attempt at world honours.

How long have you known about the title shot?

We’ve known a while, sort of since Hasegawa won the title. He said something like ‘win or lose, I’ll retire’ before the fight. So we heard that he was going to retire and if he does we’ll be ready. It’s been a few weeks we’ve known but it’s hard to get too excited. You hear somebody’s retiring or something and you think, ‘oh that’s me next in line,’ but you don’t want to be too excited because if they don’t retire you’re going to be devastated, aren’t you? Not many people retire after they win a title so credit to him, retiring on top, but most people don’t do it. I’m always in the gym usually but this time I made sure I kept my weight down just in case.

In these big close fights home advantage gives you a boost. I’ve been away with Jamie and there’s only a handful of people supporting you so it’s all in my favour. [In this country] it would mean everyone’s given me the best possible chance to win it and then it’s up to me – and I won’t let anyone down.

Have you seen much of Vargas?

I’ve watched a bit of him, my manager’s watched him, my trainer’s watched him and everybody’s who’s watched him is full of confidence, ‘Gav you’ve got a real good chance.’ He’s no superman, he’s very beatable. We know he’s a good kid but the champions are proven and tested and this is probably a better fight for me, he’s not quite on the world scene yet, neither am I. It’s a big chance. I’m more than confident. That green belt, it raises not just me but him as well and that’s what will make it a good fight. I’ve noticed in the gym, you just want it a bit more. You want to impress. It’s nice to get people writing me off, people saying I’m up against it – you want that. I’m looking forward to proving everyone wrong. I’ve had it all my life. I’ll be more than ready by the time it comes round.

I know Jamie was a big part of the reason behind you committing to boxing, how much inspiration have you taken from what he’s achieved on the world scene?

In 2010 I watched him win his European title and I thought, ‘if he can do it, I can do it.’ Over the years, even now, I think ‘wow’ when I look at what I’ve done, I’ve won a few titles and exceeded where I first thought. Now, I want to be a unified champion, I want to move up in weight to win world titles and I really believe I can do it, whether people think I can or not. At the end of the day it’s only me that has to believe it because it’s me that goes out there and does it. I’m full of confidence.