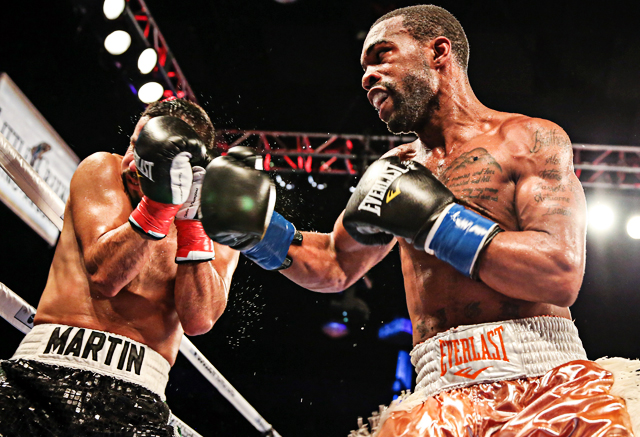 WBC featherweight champion Gary Russell Jnr, 27, will be an interested observer this Saturday (August 29), when Leo Santa Cruz meets Abner Mares in an all-Mexican encounter for the vacant WBC Diamond feather strap at the Staples Center in Los Angeles.

The winner of the Santa Cruz-Mares clash will be in a prime position to challenge Russell for his world crown, considering all three men share the same adviser – influential powerbroker Al Haymon.

Russell, who claimed the WBC belt in March with an impressive fourth-round stoppage of Mexico’s Jhonny Gonzalez, foresees a close fight between Santa Cruz and Mares this weekend. Regardless of who comes out on top, the Capitol Heights, Maryland-based southpaw is ready and willing to face the victor.

“I’m not sure who’s going to pull out the win between Abner Mares and Leo Santa Cruz,” Russell said to Boxing News. “I see Abner as the better fighter between the two. However, Leo might overwhelm Abner with a lot of pressure. Of course, I’d like to fight the winner of that bout.”