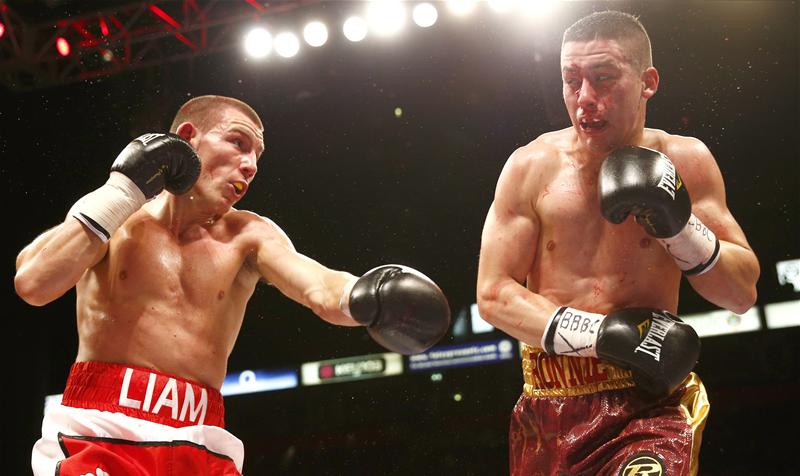 TRAINER Gary Lockett admits “the secret is out” about his impressive charge Liam Williams.

The 22-year-old light-middleweight has emerged as a potential Welsh star after a sixth-round retirement win over Ronnie Heffron earlier this month.

Lockett has raved about Williams’ potential for a while but says it is his dedication and enthusiasm that has allowed him to progress to 10-0-1 (5).

The two have been paired together since Williams’ fourth pro outing and Lockett insists they “jumped at the chance” when the Heffron fight came up.

“Liam is a great talent, my only problem now if the secret’s out now,” said Gary. “The fight was going to be for the WBO European title, that didn’t happen but Ronnie is a name everybody knows and he’s a good fighter. It wasn’t a risk, not in my mind. It was a fight he was always going to win by getting his shots off and moving while Ronnie plants his feet.”

Williams turned pro three years ago and Lockett believes his man has only been seen at about 30-35 per cent of his capabilities.

“I’m really excited about him,” the former world middleweight title challenger added. “He’s dedicated himself to the game.”