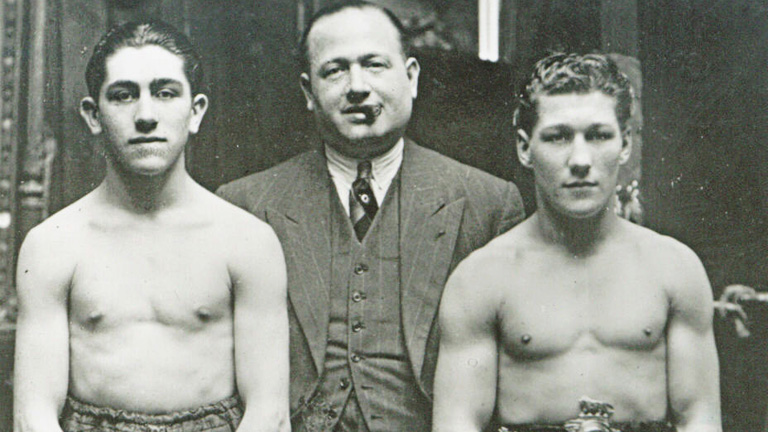 Miles Templeton looks back on a bitter promotional rivalry

THE rich history of British boxing has been enhanced by some great rivalries. It is not always left to the boxers to provide this, for one only has to look at the game today to see examples of the tug-of-war that exists between promoters. It is inevitable that this will be the case given the amount of money within the game at the top level. I don’t think that there has ever been a bigger feud between British promoters than that which existed between Jack Solomons and Harry Levene back in the 1960s and 1970s.

The two men were so similar, yet they could not bear to be in the same room as one another. Both were the sons of Jewish immigrants and were raised within the slums of London’s East End. They both became involved in boxing in their late teens, Solomons as a fighter and Levene as a manager, and between the two of them they promoted virtually every big fight in Britain between 1945 and 1980, and they both became very wealthy doing so.

Levene was slightly older than Solomons and he first came to prominence when he took a hard-punching young London featherweight, Danny Frush, to the States in 1917 where he manoeuvred him towards a tilt at the world champion, Johnny Kilbane. Sixty years later he was trying to do the same for another top London featherweight, Jimmy Flint.

During the 1920s and 1930s he managed some great British fighters and he specialised in trying to get them established in America. He also had an eye for some of the fighters he had seen on his travels and he brought one of them, Larry Gains of Canada, over to the UK where, thanks to Harry’s flair, he became established as one of the most popular heavyweights during the 1930s. Larry beat both Primo Carnera and Max Schmeling.

By the 1950s Harry was ready to move into big-time promoting and he held his first such show at the Royal Albert Hall in October 1954. In his programme notes he stated that he intended to “put British boxers on a plane where we will stand supreme within the world of sport.” It was inevitable then, that he would cross swords with Jack Solomons, by far the leading UK promoter at the time, and a man who virtually controlled the sport at the top level.

Jack had a few bouts as a kid and he quickly understood who it was who was making the money, and it sure wasn’t the boxer. He vowed that if he returned to the sport it would be as a promoter. After first establishing himself in business, he then used some of his money to open the Devonshire Club, in Hackney, in 1934. This wonderful little arena saw some great fights in the few years of its existence before it was bombed out by the Luftwaffe during the war.

Jack had cut his teeth and, once the war ended, was ready to significantly raise his game. He cashed in on the post-war sporting boom and promoted some huge events at White City, Harringay Arena and Earls Court. His stars were Bruce Woodcock, Freddie Mills and Randolph Turpin. He was at the top of his game and the last thing he needed was someone trying to muscle in on his success. This was the start of the acrimony between the two and it would last until the end of their lives.

In 1963 Solomons brought Cassius Clay, as he was then known, over to Britain to fight Henry Cooper. It was the famous bout where “Our ‘Enery” put the young upstart on his backside at Wembley Stadium and it was the last of Jack’s really big promotions. By the time Cooper and Ali met again, this time for the world title at Highbury football ground in 1966, the promoter was Levene. The balance of power had shifted and Levene, in partnership with Mike Barrett, became the top promoter for the next 15 years.

It is a shame that the two men, who provided so many great boxing moments, could not shake hands with each other as old men. Their rivalry lasted until the end.