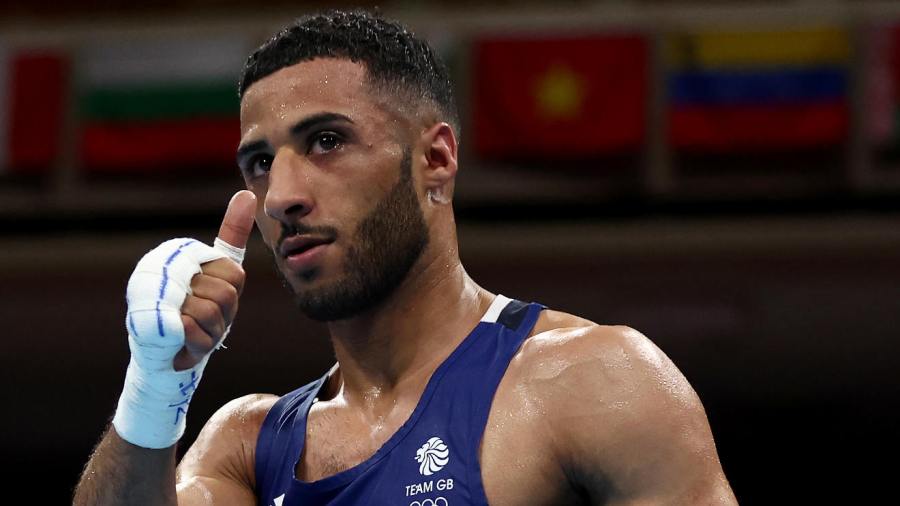 Reaction from Galal Yafai, Karriss Artingstall, Brendan Irvine and Michaela Walsh after day three of the boxing at the Olympic Games in Tokyo

IRELAND had a difficult draw at the Tokyo Olympics and a tough afternoon session on the third day (Monday, July 26) at the Kokugikan Arena. Dynamic Filipino Carlo Paalam started fast against Brendan Irvine, slinging in jolting combinations. He seized the first round, had the edge in the second and it was enough to bring him a split decision verdict.

“Close fight. I thought he won the first round and I won the second and third. But that’s boxing. I’m just devastated, to be honest,” Irvine said. “But I’m not going to try and make up excuses or say, ‘I could have done this, I could have done that’ – you only get one shot at these and mine wasn’t enough.

“Everyone here is incredibly talented, they are superb athletes. There’s nothing you can do. I gave everything in that, it just wasn’t enough.”

Michaela Walsh went in with top European featherweight Irma Testa. The tall Italian looked to throw long straight shots to keep Walsh at bay, adapting as their contest developed and taking a unanimous win. “The game plan was to stand off but she’s so fast, especially with the jab, and she’s a bit taller than me, so I was standing off to make her miss and then trying to counter that,” Michaela said. “It worked well in the first then obviously she caught on to it. I just feel that 5-0 doesn’t really do the fight much justice but at the end of the day that’s boxing. This fight doesn’t define me.”

GB flyweight Galal Yafai dominated Armenia’s Koryun Soghomonyan. The Birmingham southpaw advanced up close and did not release the pressure. He thumped his right cross through and handed the Armenian standing counts in all three rounds, prompting the referee to wave it off in the third.

“It’s an honour for me to represent my country in what I love doing. To get a second Olympic Games, hopefully I can go one better now and come back home with a medal,” Galal said. “I just try and do what I can every day. Some days will be better than others, today was a good day for me, I still need to better myself in a few things but I’ll be better in the next one.”

“I thought I was controlling it quite comfortably but he was catching me with some silly shots,” he added. “[My brothers] will be in touch with a bit of criticism. They always do that but I need that to keep me grounded as I’m looking to get better in the next fight and the one after that.”

At 57kgs Karriss Artingstall advanced to the quarter-finals after eliminating the third seed, Brazil’s Jucielen Romeu. Moving more lightly on her feet, she worked the range between them, setting up quick-fire crosses and thumping her lead southpaw hook through. Artingstall took a unanimous points verdict.

“Seeds mean absolutely nothing to me, it’s a number. One, twos, threes, whatever you want to call yourself; until you get in that ring with me and beat me I’m not going to say you’re better than me or you box better than me. I’ve not come across her, so for her to be the number three seed, in my eyes, meant absolutely nothing to me,” Karriss said. “I said I’d get better as the tournament went on and I think I performed better in that bout than I did in the first one.

“I am taking every fight as it comes, but I want to get myself on that podium and I want my face cemented on that wall in Sheffield at boxing HQ so they can look at my face for the rest of their lives. Everybody wants to get gold.”

Ramla Ali, a current pro with Matchroom, became the first female Somali to box at an Olympic Games but Romania’s Maria Nechita ended the dream with a unanimous decision win.