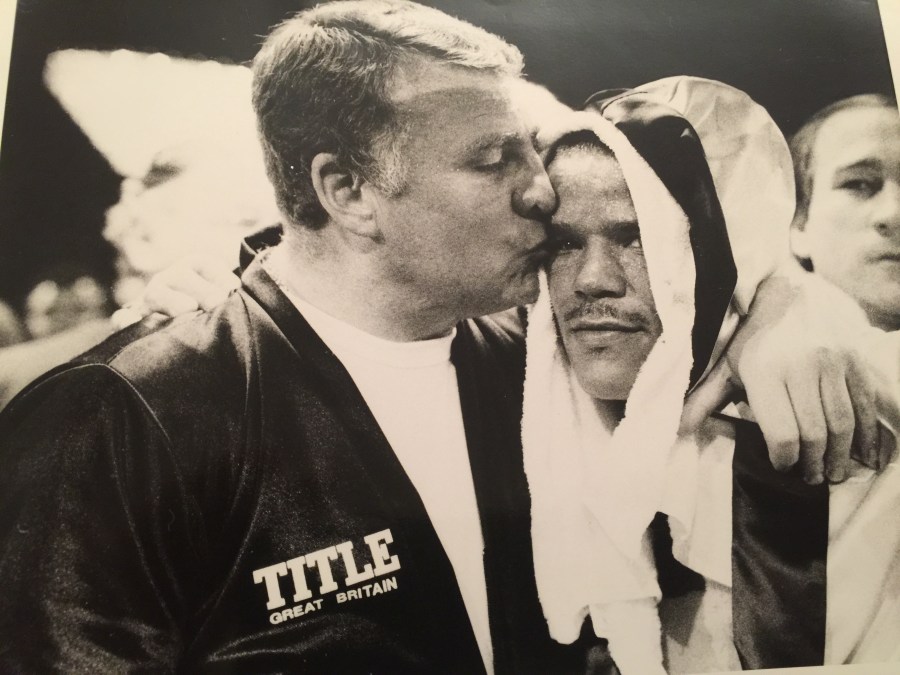 A FUNDRAISING event is being held in tribute of former welterweight contender Rocky Kelly at the London Welsh Rugby club in Richmond, Surrey on Saturday night [August 29].

The event is being organised by John Holland, a lifetime friend of Kelly’s who trained alongside him at the Hogarth boxing club in Chiswick.

Although he earned decent money as a fighter, winning the Southern Area title and twice challenging for the Lonsdale belt, Kelly has struggled since retiring, having supported his mentally handicapped older brother Tommy, who stays in a care home.

After each of his fights, Kelly would visit his brother and place a large amount of his ring earnings into Tommy’s account. To this day, he takes Tommy out every Saturday to treat him.

Originally born in Liverpool, Kelly moved to London at the age of 6 with his mother, who tragically died a year later.

At 13, after a short spell in a detention centre, Kelly began training at the Hogarth gym under John’s father, Harry.

He turned professional in 1981 and exciting fights with the likes of Gary Knight and Tony Brown made him an instant fan favourite.

His 1986 stoppage win over Scotland’s Steve Watt ended in disaster though, as Watt died after the contest after undergoing surgery to deal with long-term brain damage he had suffered from.

Kelly fell on hard times upon his retirement in 1989, battling a long-term alcohol addiction but has kept himself clean for the past few years.

His partner, Mandy is currently being treated for an illness in hospital while Kelly devotes time to their daughter, Matilda, meaning he cannot work.

John hopes for a strong turnout at the event to help support Kelly in this difficult time, with tickets going for £10 on the door.