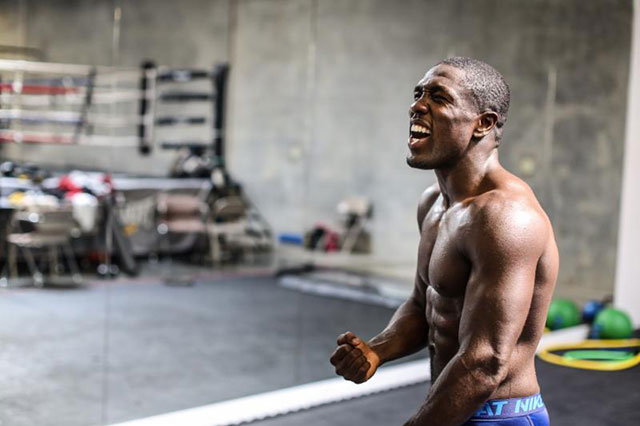 "I'm going to shock the world," Andre Berto promises ahead of Floyd Mayweather showdown after putting injuries behind him

WHAT a difference two years can make.

On this date in 2013, two-time world champion Andre Berto (30-3, 23 KOs) underwent surgery to repair a torn tendon in his right shoulder. Two years later, he’s feeling stronger than ever and enjoys a new appreciation for the speed, power and athleticism he’s been blessed with. Berto plans to showcase all of those attributes in his Saturday, September 12 showdown with pound-for-pound king Floyd “Money” Mayweather (48-0, 26 KOs) at the MGM Grand Garden Arena in Las Vegas.

“It gave me a completely different perspective; I really thought my career might be over,” Berto said.  “I told myself that when I get back in there, I was going to go all in.”

Berto suffered the injury early in his fight with Jesus Soto Karass but in his signature style, he battled until the final round of the 12-round affair. Dr. Neal ElAttrache, a renowned orthopedic surgeon, performed Berto’s surgery and was impressed with his resilience once he discovered that the tendon was completely torn from top to bottom.

“He had a torn subscapularis tendon, which is the big tendon in the front of the rotator cuff. That can be a career ending injury for a fighter,” said Dr. ElAttrache, who’s also treated Kobe Bryant and Manny Pacquiao. “As you can tell from the length of time it took him to rehab it and come back, he did everything exactly like we wanted him to. He turned out as strong as ever but it was certainly an injury that was significant enough that it could have threatened his career.”

Berto has recorded two victories since coming back from the injury, including a sixth round TKO over Josesito Lopez in his last fight in March. He feels that the Mayweather fight is coming at a great moment in his progression as a fighter and a person.

“I’ve gone through so many injuries, trials and tribulations over the past few years but now I know it was all for a reason,” said Berto. “This fight is coming at the perfect time. I’m healthier than I have been in years and everyone is going to see that on September 12. I’m coming to shock the world.”

Berto and trainer Virgil Hunter are preparing for the Mayweather fight at Hunter’s Oakland-area training facility and the two-time world champion has already been in training camp for several weeks.

THE BEST OF BERTO