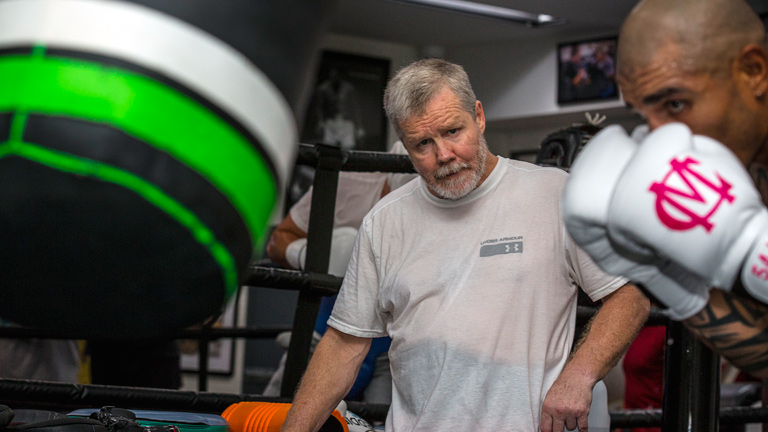 Freddie Roach breaks down how he think the fight will unfold

WHILE some gyms swear any who enter it to secrecy and develop meticulous strategies behind firmly closed doors, Freddie Roach is happy to divulge how he feels Miguel Cotto will beat Saul ‘Canelo’ Alvarez.

Roach has previously questioned Canelo’s dedication to the sport and feels his man will have full control of the fight, partly down to some intense sparring.

“We’ve had four sparring partners against Miguel each day,” he said.

“That’s for breaking the fighter down and hitting the body. We take their legs away from them.

“I think we’ll give Canelo a boxing lesson for about five rounds and then I think we’ll turn it up from that point on.

“After five, I am going to have Miguel go out there and trade with him a little bit and when Canelo slows down a little bit, I think we will knock him out in about eight or nine rounds.”