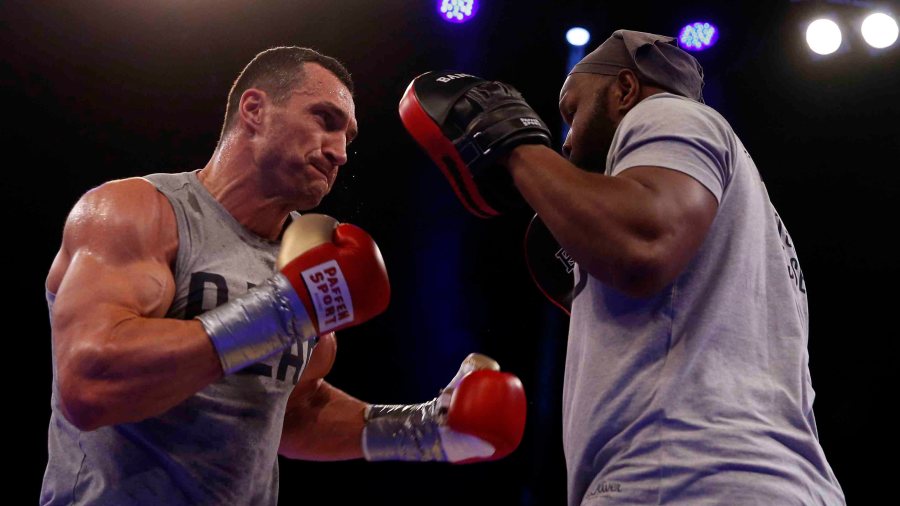 AFTER guiding his new charge Scott Quigg through their first fight together, trainer Freddie Roach is going to sit back and enjoy the spectacle as Anthony Joshua fights Wladimir Klitschko at Wembley stadium on Saturday (April 29).

“It’s definitely going to be special, that many people, it’s going to be great. I just hope I can get a good seat afterwards, I’ll sneak in somewhere,” the trainer said.

He gave his prediction for the big fight to Boxing News. “I’ve seen Joshua [winning] the whole way through. Then I saw his fight with [Dillian] Whyte and he got hurt real bad in that fight trying to exchange with the guy and if he hasn’t corrected that mistake he may come unstuck in this fight. That wasn’t a great moment for him but hopefully it was a good learning experience for him,” Roach said.

He has known Klitschko for a long time himself but still says, “I’m going to go with youth. But the thing is, these old timers sometimes they keep kicking. I trained Klitschko for four or five fights back before he hired Emmanuel Steward. I know him well. He is one of the hardest working heavyweights I’ve ever seen in my life. He works really, really and he’s always in great shape and he’s one of those guys that have good work ethics and that’s why we got along so well.”

Back then he sensed Wladimir would be a special fighter. “In a different way because he was a big puncher back then and he was getting knockouts all the time and I liked the aggressive style. They did change him and made him into a better boxer and worked on more of defence and a long jab and a little bit boring for me. He was such a puncher and knocking everyone out when I had him. That’s how things go,” Roach said.