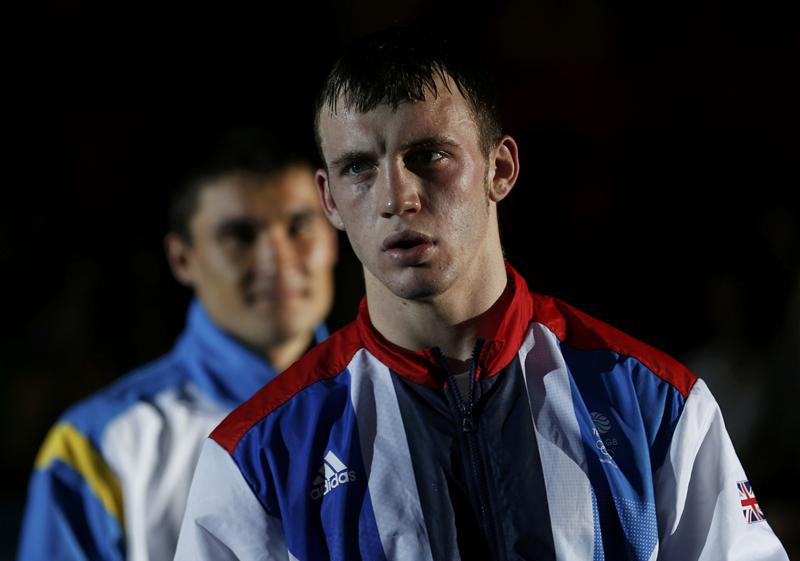 FRED EVANS, the Olympic silver medallist and one of the favourites for gold at the Commonwealth Games has been refused accreditation to compete at Glasgow 2014.

The final decision was made on Tuesday evening, the night before the Opening Ceremony. It’s a bitter blow for Fred, who hasn’t won a major medal since London 2012, and the Welsh team.

Background checks on the athletes are carried out by the Home Office and Glasgow 2014. “A flag has been raised against Fred,” Welsh boxing performance director James Thomas told Boxing News. “We feel it came down to the one conviction Fred had in April this year, it was non-custodial… He paid his fine and looked to move on from it.”

It’s a shock as athletes with convictions have competed at the Commonwealths in the past, including at the most recent Games in 2010.

“It’s been a really frustrating process in terms of the transparency of what the criteria and thresholds are. We’ve been working on the basis that we believed it was solely down to the assault conviction in April this year, which was never confirmed [as the reason why his accreditation was refused]. We put two very strong mitigation strategies in on that basis,” Thomas continued.

“I think the future’s bright for Fred, seeing how well he’s done over the last few months in terms of getting back to the shape he was in in London. There are going to be opportunities for Fred.”