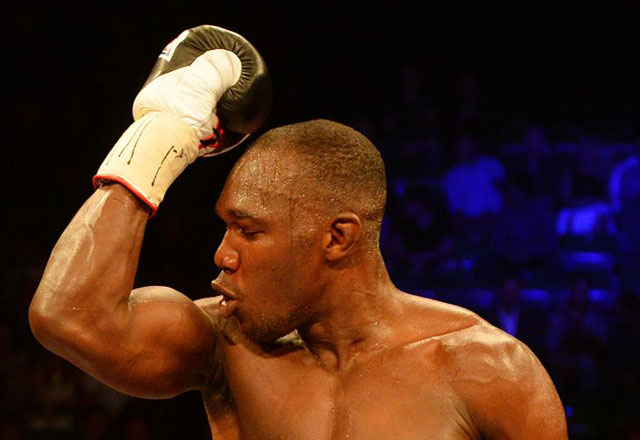 PROMOTER Frank Warren will make a request to the International Boxing Federation to order an immediate rematch between Ovill McKenzie and the organisation’s cruiserweight champion Victor Emilio Ramirez.

McKenzie fought the fight of his life against Argentina’s Ramirez in his backyard at the Villa La Ñata Sporting Club, in Buenos Aires on Friday night, despite taking the fight at only 11 days’ notice.

RAMIREZ vs MCKENZIE: AS IT HAPPENED

Known as the “Upsetter” for taking fights at short notice and causing upsets, McKenzie gave it to Ramirez from the early rounds using his jab and his feet as the defending champion ploughed forward looking to land his big punches.

In the second, McKenzie delivered a powerful right hand, but the tough Argentine absorbed it well.  Ramirez was more active in the third and fourth with McKenzie taking a few hard rights, but in the sixth McKenzie fired into action landing two hard rights on the defending champion.

Ramirez tried to put the pressure on in the eighth and night, but in the tenth McKenzie landed a punishing right hand that stiffened Ramirez’s legs and he followed it up with a good combination.

The Derby based Jamaican put everything into the last couple of rounds knowing that he needed a big finish on foreign soil to get the decision and fought until the end, but the judges’ saw things differently and declared it a draw.

Warren believes that McKenzie won the fight and that the IBF should do the right thing and order an immediate rematch.

He said: “It was an exceptional performance from McKenzie fighting away from home in Ramirez’s home city and remember he only came into the fight with 11 days’ notice, but gave it gave it everything he had.  I think that McKenzie well won the fight and did more than Ramirez in the rounds, although some were close, McKenzie was the better man and hurt him on a number of occasions.  I will write to the IBF in view of the decision that it was scored a draw and that they do the right thing and give McKenzie an immediate rematch against Ramirez which I believe is only fair.”