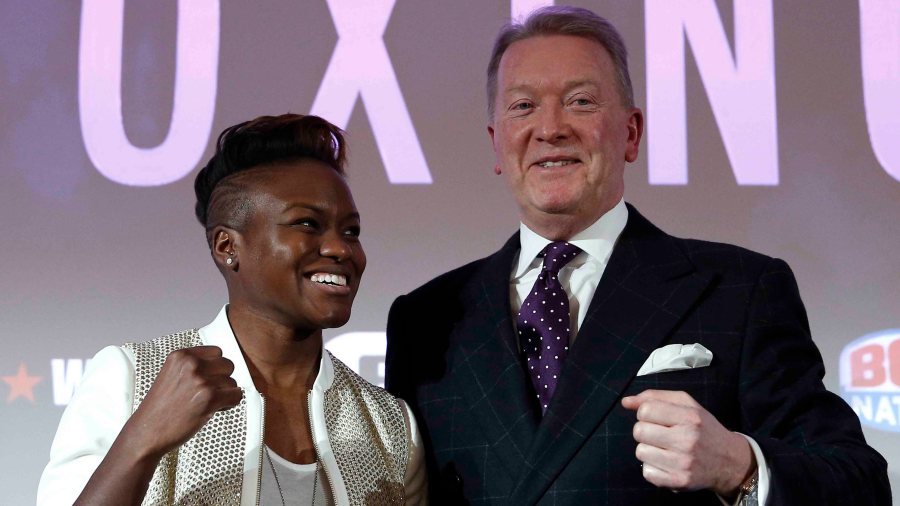 'I wanted to turn pro and find a team that believes in my dream,' says Nicola Adams

IT was an unexpected sight to see Nicola Adams standing alongside promoter Frank Warren to announce the start of her new professional career.

Warren has never been known for supporting women’s boxing and admitted, “I’m eating humble pie, because it’s never appealed to me, women’s boxing, but what Nicola’s done,” Warren said, “the way she fights and the way she’s transformed the sport, I think in the last five or six years I think has been amazing… She’s here and I’m delighted to be involved in this. We’re going to have good fun take her all the way to the top.

“She has changed my mind about women’s boxing.”

Adams spelled out her ambitions. “After winning the gold in 2012, I decided that I wanted to stay amateur, continue my career as an amateur just because I wanted to leave the amateur game a World champion as well as double Olympic champion. So I decided to stay to fulfil my goals and wanted to be double Olympic champion, World champion and leave ranked number one as well,” she said. “I wanted to turn pro and find a team that believes in my dream, Frank Warren and BT Sport and BoxNation and take women’s boxing to the next level and become a world champion and do great things.

“There’s exciting fights coming up, I’m going to be enjoying the adventure.”

The plan is for her professional debut to take place on April 8 at the Manchester Arena and then Adams to box in Leeds, her hometown, on May 13.