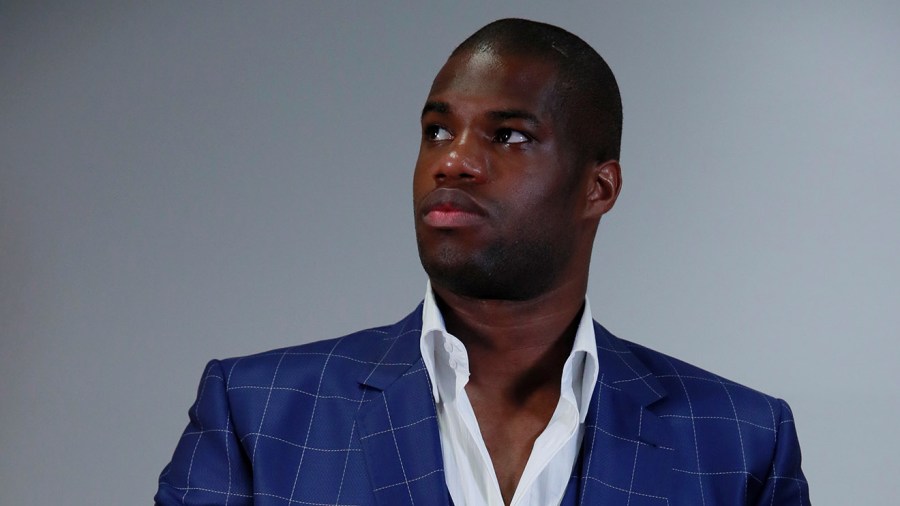 It’s a mouth-watering matchup that speaks of promoter Frank Warren’s faith in Dubois and his respect for Joyce. Designed not to crown a champion but improve a contender, the purity of this bout between two exceptionally promising world prospects should only be applauded.

Warren, who promotes both boxers, has faultlessly guided Dubois through 14 professional fights (all wins, 13 KOs) and last year pitched his fighter in with another unbeaten British heavyweight, Nathan Gorman, which resulted in a sixth-round knockout and arguably his best win to date. Since taking over promotional duties for Joyce last year, Warren has overseen the 2016 Olympic silver medallist defeat Alexander Ustinov and Bryant Jennings.

For further context on this step-up for Dubois, Joyce, 10-0 (9), has also claimed the scalps of Joe Hanks, Lenroy Thomas and Bermane Stiverne. Known for his durability and heavy hands, Joyce – with an extensive amateur career behind him that included gathering experience against elite opposition in the World Series of Boxing – should be viewed very much as a live underdog against Dubois.

But Warren, who has recently extended his promotional deal with Dubois, believes his young charge is ready for launch.

“I am nervous,” Warren admitted when talking to Boxing News. “But I’ve got a lot of belief in him [Dubois] and I always have. Before anybody knew who he was, I was watching videos of him and I made a beeline to sign him, which we did. Before this fight we’ve extended our current deal by another five years, which will probably see him until the end of his career.

“I’m really happy with the way things have gone with him so far. [Trainer] Martin [Bowers] has done a brilliant job with him and I feel this fight could be a defining fight for him. The winner of this will be the mandatory challenger for the [world title] belts.

“If I could make him [Dubois] and Anthony Joshua tomorrow, I would do it. I don’t think he’d have anything to lose. I’d fancy him in a shootout.”

High praise indeed but Warren is a promoter whose considerable reputation was born of his matchmaking skills. The Hall of Famer recognises the importance of a heavyweight having an unbeaten record, particularly in this era, but believes education carries greater benefit in the long term.

“It’s not the end of the world for the loser,” he reasoned. “When I put James DeGale together with George Groves I was asked why I was doing that. My answer was: Because it’s a good fight. And it was a good fight. And the loser won a world title before the winner.

“I don’t want to see them get beat. Both of them are under promotional deals with me and one of them is going to lose. People asked why I put Anthony Yarde in with Sergey Kovalev. I did so because I fancied Yarde to beat Kovalev. The tactics were just not right – when he had Kovalev all over the place [in round eight], that should have happened in the second, third and fourth rounds.

“Sometimes you look at your fighters and you know they’re ready,” Warren continued. “Sometimes fights just have to be made. We could go on and make another five fights but why do that when this is the right fight? Whoever wins this, whether it’s Daniel or Joe, I want them to be in mandatory position to fight whoever is left standing in the division.”

Warren dismissed suggestions that he had been put under pressure from BT Sport to hasten the progress of Dubois or Joyce – “they wanted to do it later,” he claimed. However, the elevation of this bout to box office, when one considers that neither Dubois or Joyce are anything like household names, could be seen as premature. In an ideal world, a contest like this would be seen by as many people as possible and thus boost the profiles of both.

“It’s a great fight and they need to get paid accordingly to put their careers on the line,” Warren said as he bristled at the notion of boxing and ideal worlds. “You can’t ever win. What do you think, these two guys are going to fight each other for nothing?”

He’s right of course. In 2020 we’re in the thick of a box office era. The best fights don’t come cheap, even those without titles on the line. Yet those being asked to stump up the extra cash appreciate a comment on why.

“My comment is exactly what I’ve just said,” Warren responded. “The only way you’re going to make this fight is putting it on this platform. They will both make a lot of money from it.”

The fighters were uncharacteristically vocal at Friday’s (February 7) press conference to announce the bout. There was a minor scuffle as they came face to face. The ambition of both was clear to see and the voice of Joyce’s manager, the young and confident Sam Jones, impossible to ignore. Banging the promotional drum, he berated both Dubois and Warren while choosing not to dwell on the surprising news that Joyce has parted company with trainer Adam Booth ahead of his biggest fight to date.

“He’s in the sweet shop isn’t he?” Warren said of Jones. “I like him. He makes himself known and he says what he’s got to say. He’s doing a job for his man, I like that. I think he’ll be around for a while. He works hard for his fighter and him and [Dubois’ manager] Adam Morallee, I like working with them.

“But all that bulls**t on the stage, no one is going to impress me with any of that. I’ve been doing this for many years.”