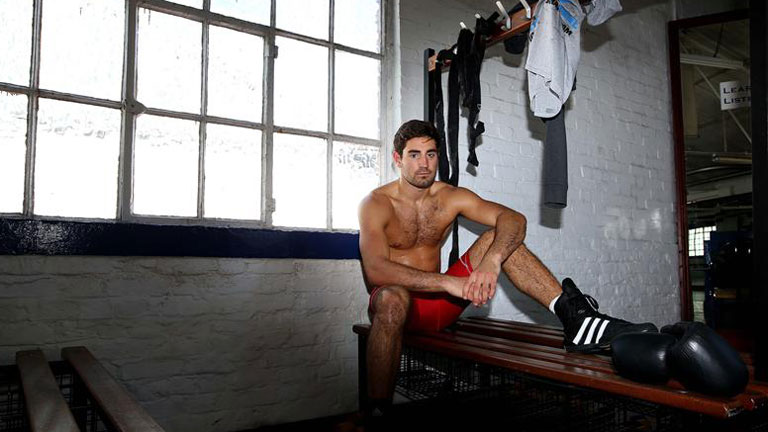 Frank Buglioni picked up a cut in sparring

FRANK BUGLIONI has been forced to pull out of his light-heavyweight British title challenge against Hosea Burton after suffering a nasty cut while sparring.

The former super-middleweight world title challenger was scheduled to meet Burton at Manchester Arena on September 24, on the undercard of Anthony Crolla’s lightweight title fight with Jorge Linares.

However yesterday he took to social media to reveal he will no longer fight Burton on that date after picking up a cut.

Unfortunately suffered a cut in sparring today. My British Title challenge will be rescheduled. (1of2) pic.twitter.com/zQkaHAWaVr

Apologies to all the fans, contact @TeamBuglionii for refunds on any tickets. Thank you for your support, Frank. #TeamWiseGuy (2of2)

Burton has not yet defended his title since winning it against Miles Shinkwin in February. He was set to defend it against Tony Dodson earlier this year, though the Liverpudlian suffered a nasty ankle injury and also had to withdraw.

Burton-Buglioni had been ordered by the British Boxing Board of Control. At this stage it is uncelar when the fight will be rescheduled for, and if Burton will still feature on the Manchester show.