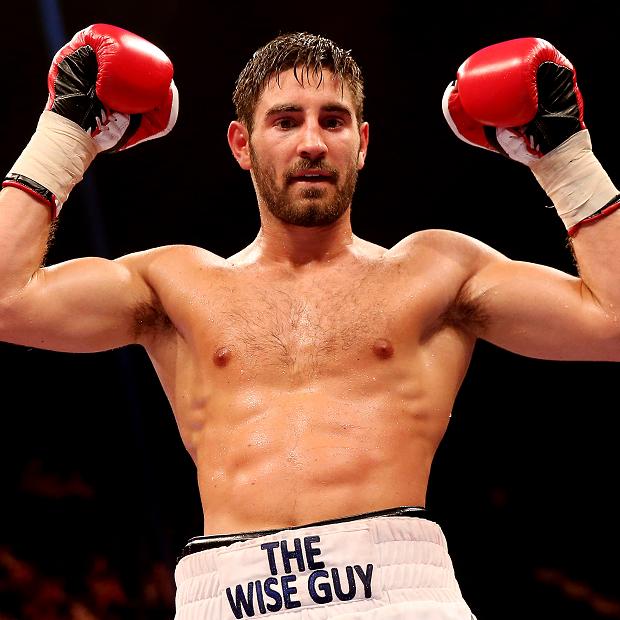 FRANK BUGLIONI aims to reclaim his WBO European super-middleweight crown when he takes on Andrew Robinson at the ExCeL London on Saturday November 29.

Buglioni continues on his comeback against Redditch’s unbeaten Robinson on a massive night of boxing headlined by Dereck Chisora’s heavyweight showdown against Tyson Fury, live and exclusive on BoxNation.

The 25-year-old has racked up two stoppage wins in his last two fights against Sam Couzens and last month against Alexey Ribchev – his first fight under new trainers Steve and Paschal Collins.

Robinson is well known for suffering a horror injury to his left ear in his last fight against Dan Blackwell in August and fighting through it to win on points.

Enfield ace Buglioni lost the WBO European title in his only pro career loss against Sergey Khomitsky in April, and now looks to get his hands on the belt and back into the WBO rankings.

“I’m getting my career back on track now and a good win against Robinson to get my WBO European title will be another step in the right direction,” said Buglioni.

“I’ve had two good wins against Couzens and Ribchev, both by stoppage, since the Khomitsky fight and now with Steve and Paschal on board, I’m excited with the improvement and progress I’ve made, with much more to come,”

“I’ll take it up another level against Robinson and I’ll showcase my skills against a good, strong, fighter who showed plenty of guts and heart in his last fight with that ear injury to come through and win, but he’s going to need a lot more than that to beat me,”

“I’ve never been more focused that I am now and I’m looking to do a real number on him.”